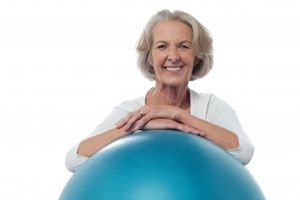 A report assessing results from 52 studies has found that postmenopausal use of hormone replacement therapy significantly increases the risk of ovarian cancer, even with less than 5 years of hormone therapy use.

Current guidelines for the use of hormone replacement therapy are varied:

– FDA: No mention of ovarian cancer

– UK drug regulation guidelines: Ovarian cancer may be increased by long-term use

– WHO: Insufficient evidence for risk of ovarian cancer

This increased risk was only noted for the two most common types of ovarian cancer; serous and endometrioid ovarian cancers. An important finding of the study was that the risk of ovarian cancer was increased even in women who had used hormone replacement therapy for less than 5 years. There was a strong association between risk and more recent use, even in women who had used hormonal therapy for less than 5 years. The risk, however, decreased based on the amount of time since the use of hormone therapy was stopped. The increased risk was seen for both main types of hormonal replacement therapy, estrogen only or estrogen and progesterone. The results of the study were not affected by age, body size, past use of oral contraceptives, hysterectomy, alcohol or tobacco use, or family history of either breast or ovarian cancer. The authors suggest that due to the pattern of use of hormonal therapy, which is usually less than 5 years, the study provides evidence that current guidelines should be amended.