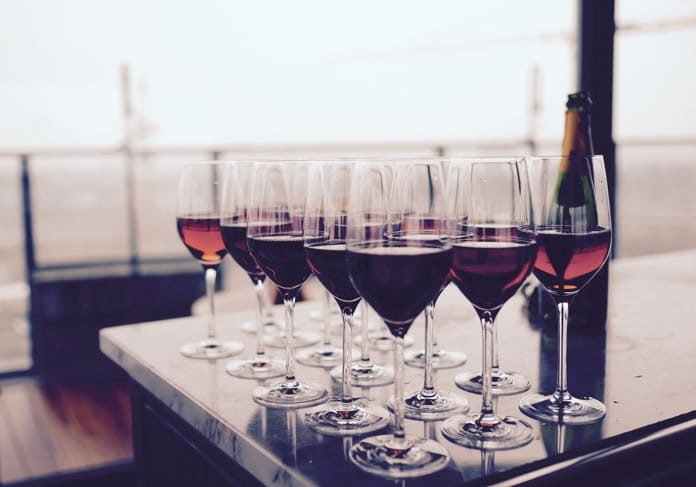 A study published in The Lancet investigates the risks of premature death in wine drinkers and finds that the limit should much lower than the current American recommendation.

National recommendations for alcohol consumption vary across the globe. The United States places an upper limit of 196g a week or approximately 11 glasses of wine or pints of beer. Canada places the limit at 15 drinks a week, while in Italy, Portugal, and Spain, the recommended limits are even higher.

But how much is too much? A recent study published in The Lancet finds that the limit should be drawn much lower than the current American recommendation. The study brought together data from 599,912 alcohol drinkers from 83 separate studies in 19 different high-income countries. The researchers surveyed individuals on the amount of alcohol they consumed over a twelve-month period and tracked the number of death amongst the participants. Around half of participants reported consuming more than 100g of alcohol each week, and 8.4% drank more than 350g a week.

When researchers compared alcohol consumption and risks of premature death, they found that all causes of death, cardiovascular or otherwise, increased when the participants drank more than 100g of alcohol a week. High alcohol consumption was associated with increased risks of stroke, coronary diseases, heart failure, fatal hypertensive diseases and fatal aortic aneurisms.

The researchers reported 40,317 deaths during the duration of the study, with 39,018 of which involving death from cardiovascular diseases. The results are in support of a recent change in the UK which lowered recommended alcohol limits to only 100g of alcohol from beer, wine, or other beverages a week. The researchers estimate that by reducing alcohol consumption from the 196g a week US-recommended limit to their recommended 100g a week, a 40-year-old drinker can expect a one to two-year increase in life expectancy.