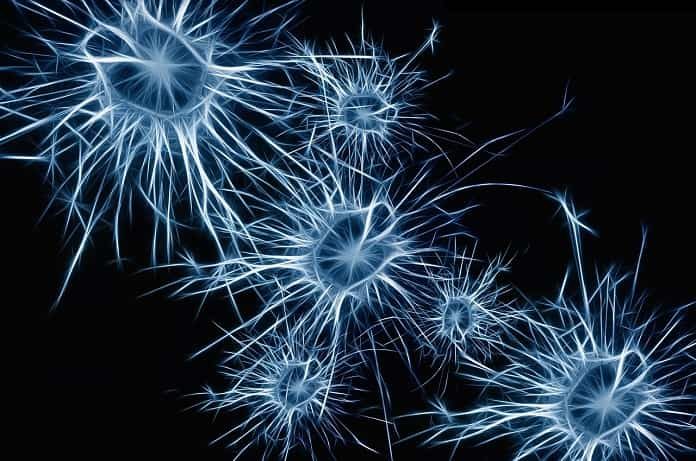 How does cancer spread? Glioblastoma remains a deadly form of brain cancer with just a 4% five-year survival rate. This poor prognosis is largely attributed to the spreading of tumor cells to the surrounding tissues in the brain. How cancer cells communicate to enable this invasion remains a very active area of cancer research.

A research group with the Research Institute of the McGill University Health Centre lead by Dr. Janusz Rak explores how a known growth factor and oncogene, a constitutively active epidermal growth factor receptor (EGFRvIII), helps the cells to communicate through the release of extracellular vesicles.

Metastatic cancers and how cells communicate to invade surrounding tissues remains poorly understood. In brain cancers such as glioblastoma, this spreading into the surrounding tissue is particularly dangerous due to the importance of the organ itself. The study of how cancer cells communicate to move around the brain is imperative to design better treatments for this disease, and ultimately to improve prognosis in glioblastoma patients.

In this new study published in Molecular & Cellular Proteomics, the group used a technique known as mass spectrometry to profile the contents of extracellular vesicles released by glioblastoma cells. In particular, they focused on cells that expressed the oncogene EGFRvIII, which “transforms” them to be more like metastatic cancers. They found that vesicles released by the EGFRvIII-expressing cells contained more proteins that were related to movement, invasion, and vesicle release.

Cells “talk” to their neighbours and allow the progression of metastasis

Conversely, the vesicles of non-EGFRvIII transformed cells contained relatively less of these vesicle-related proteins. This suggests that the vesicles themselves are perpetuating the advancement of cancer by allowing cells to “talk” to their neighbors with proteins involved in metastatic progression. Ultimately, this communication though the release and uptake of vesicles provide cancer cells with the tools needed to spread to other parts of the brain.

This important study advances the current knowledge of cell-cell communications via extracellular vesicles to better understand how does cancer spread in glioblastoma. The use of mass spectrometry to analyze these vesicles not only generated a large amount of information on their contents but also created a rich dataset that can be used for future research on this topic.

However, one drawback is that data was generated from only one glioblastoma cell line that was either EGFRvIII positive or negative. This could limit the data from a broader application without further validation in other glioblastoma models with other oncogene expression profiles.

Regardless, this study advances the understanding of mechanisms glioblastoma cells use to communicate and drive metastasis. Information from this report has the potential to help both researchers and caregivers to improve glioblastoma treatment and prognosis.