A Norwegian study has found that children’s eating habits are the strongest predictors of weight gain. Less predictive factors seem to be physical activity and TV viewing habits.

A Norwegian study of children aged 4-8 has investigated factors that contribute to childhood obesity. Specifically, appetite traits, levels of physical activity, and TV viewing times, were assessed as predictors of change in BMI over time.

Children’s eating habits, or ‘appetite traits’ including: food responsiveness (eating in response to the sight and smell of food), enjoyment of food, and emotional eating, satiety responsiveness (feeling ‘full’), and slowness in eating were all assessed in the study.

The study also reported a reverse effect. Children whose BMI increased from age 4 through 6 showed greater responsiveness to food and a blunted response to satiety cues when they reached ages 6 through 8. The results suggest that not only do appetite traits impact on BMI, but that BMI can also impact on appetite traits. Unlike some previous reports, the study did not find an association between BMI and physical activity or TV viewing time.

Image courtesy of nenetus at FreeDigitalPhotos.net 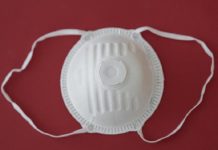