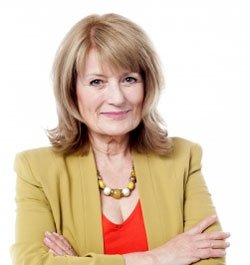 Menopausal hormone therapy can be used to ease the symptoms of menopause. Evidence from previous clinical trials has suggested that the effects of hormone therapy on cognition and mood may be affected by the timing of treatment.

A study published this month in the journal PLOS Medicine has investigated the effects of menopausal hormone therapy on younger postmenopausal women, to determine whether the same risk of cognitive decline is present in this group of women, as is seen in women over the age of 65 years. In addition, the study assessed the effect of hormone therapy on mood in this younger population of women. A total of 693 women were enrolled in the trial, which was conducted in the United States. The women were randomly assigned to receive both oral conjugated equine estrogen (o-CEE) (0.45mg/day) and micronized progesterone (200mg/d, for 12 days per month), or transdermal estradiol (t-E2) (50 μg/day) and micronized progesterone (200mg/d, for 12 days per month), or placebo patches, for a total of 4 years. The study assessed four separate cognitive factors: verbal learning/memory, auditory attention/working memory, visual attention/executive function, and speeded language/mental flexibility. Participants were an average age of 52.6 years, within 36 months of their last menstrual period.

Participants from either of the hormone therapy treatment groups did not show signs of reduced or improved cognitive function during the study period. The authors state that these results support results from a previous trial that also demonstrated no cognitive effects when hormone therapy was administered in the early postmenopausal period. There were however improvements in symptoms of anxiety and depression in women in the o-CEE hormone therapy group compared with placebo.

The authors suggest that the results of the study support the hypothesis of a ‘critical window’ for treatment with hormone therapy. This theory is supported by this and other studies that demonstrate differences in effect of hormone therapy when treatment is started early during menopause. The study, however was not designed to assess longer term effects of hormone therapy, rather only short term changes in cognition and mood.