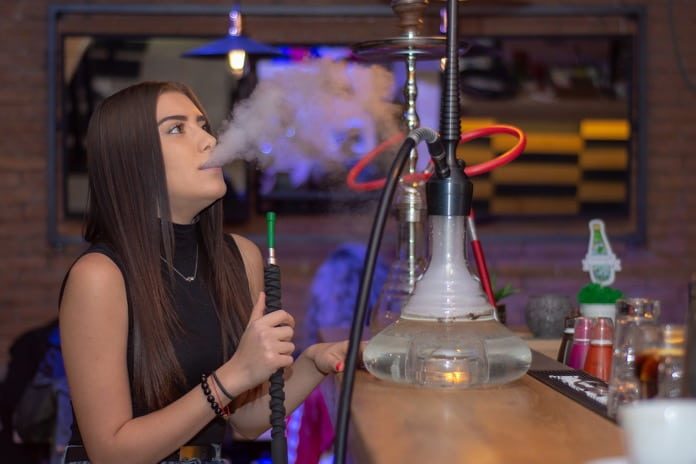 Recently, the American Heart Association released a scientific statement on hookah health risks and its prevalence.

Water pipe smoking, also known as hookah, is an increasingly prevalent trend across the globe and is particularly common among youth and young adults. Hookah consists of several components including burning charcoals placed on a bowl containing flavored tobacco, a water base through which tobacco smoke is filtered, and a hose that ends with a mouthpiece through which the user inhales the smoke.

According to the World Health Organization, tobacco is associated with 9% of deaths worldwide. Therefore, it is important that the general public is educated regarding the potential implications of hookah on human health.

Many young adults believe hookah is a safer alternative to cigarettes

The American Heart Association recently released a scientific statement on hookah health risks and its prevalence. There are many factors that have contributed to the increase in hookah use among youth and young adults. Two of these factors are the lack of health warnings and the availability of several fruit and candy tobacco flavors that make hookah desirable to younger audiences.

Additionally, the increase in hookah cafes and lounges allows youths and young adults an opportunity to smoke hookah with their friends in a social setting. Beyond this, many young people believe that hookah is a safer alternative than cigarette smoking. They argue that smoking hookah is less addictive and moreover, the tobacco that they inhale is filtered through water, which makes it less harmful. However, none of these arguments has been scientifically validated to date. In fact, studies have shown that hookah use is addictive and can even lead to the use of other tobacco products. Collectively, however, hookah use is on the rise.

While direct comparisons between hookah and cigarettes are limited, several studies have shown that hookah use can negatively affect the user’s health. Hookah smoke contains a large quantity of particulate matter at concentrations higher than even cigarette smoke. For example, a single hookah session results in higher exposure of carbon monoxide than a single cigarette, which can negatively affect a person’s exercise capacity.

Other harmful chemicals found in hookah smoke, like nicotine, air pollutants, volatile organic chemicals, lead, cadmium, and arsenic have previously been shown to have significant negative implications on human health. Nonetheless, more comprehensive research is necessary to fully characterize the negative effects of each component of hookah smoke on human health. Overall, however, studies have shown that hookah use does have a short-term effect on heart rate and blood pressure, and its chronic use can increase the risk of coronary artery disease.