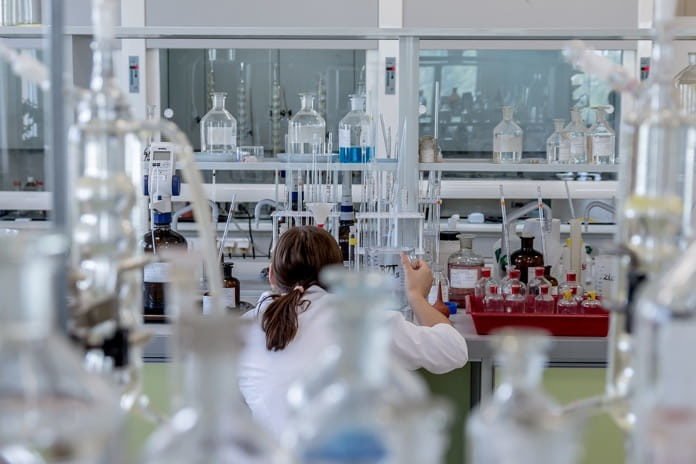 A review published in Cancer Letters looks at a specific signaling pathway – called the Hippo pathway – as a possible therapeutic target for the treatment of gastric cancer.

Gastric cancer is a type of cancer that occurs in the lining of the stomach, where malignant cells can form tumors. It is one of the most common cancers worldwide and features one of the highest mortality rates of any cancer due to the fact that it often diagnosed in the late stages of disease progression when treatment options become limited or ineffective. The reason for this is that early stages of gastric cancer are often not accompanied by obvious symptoms, or that disease-associated discomfort can be mistaken for more benign or routine ailments by affected individuals.

Risk factors for gastric cancer range from age, diet, other types of stomach disease and infection by a type of bacteria called H.Pylori. Depending on the stage of the disease, the main forms of treatment for gastric cancer are surgical intervention and/or systemic chemotherapy and abdominal radiotherapy. However, in advanced cases where surgery is not an option, chemotherapy alone or in combination with targeted antibodies have not proven cure the majority of cases, merely extending patient lifetime by a few months.  It is clear that innovative approaches are needed for the treatment of gastric cancer.

Recent results from genome sequencing efforts have shed light on the molecular mechanisms of gastric cancer. They have revealed a wide range of genetic mutations associated with the disease, affecting signaling pathways related to cellular functions such as DNA repair and cell and tissue growth. While these pathways represent possible therapeutic targets for gastric cancer treatment, this approach includes some inherent problems.

First, because of the variety of mutations, it is difficult to target a single pathway and effectively combat the disease at a molecular level. Second, approaches that target certain key pathways involved in cancer but also essential for survival may be detrimental to the patient by actually causing more problems than they fix.

The Hippo pathway plays an important role in tumor progression

Researchers have identified a well-known signaling pathway, called the Hippo pathway, which may be the key to the future of gastric cancer therapy. The Hippo pathway plays an important role in modulating organ size, tissue function and tumor progression. More importantly, it is highly disrupted during this disease and is involved in multiple steps leading to malignancy.

A recent review by a group from Zhejiang University in China provides a comprehensive look at the biochemistry of the hippo pathway in the context of gastric cancer. The paper, published in the journal Cancer Letters, goes on to detail possible approaches for using the Hippo pathway as a therapeutic target in gastric cancer. The most prominent of these potential treatments are highlighted below:

Two key proteins involved in the Hippo pathway, YAP and TAZ, were identified as potential drug targets several years ago. They both play roles in the proliferation of cancer cells and are highly expressed in these cells as compared to healthy tissue. A screen of nearly 3000 small molecules revealed a candidate called verteporfin, which disrupts a key interaction that leads to the progression of cancer. However, verteporfin was originally developed for another specific application, and is very photosensitive, potentially producing a number of undesired cellular changes if and when the patient is exposed to light. This limits the therapeutic benefit of verteporfin, so the search for appropriate molecules that can target YAP and TAZ is ongoing.

RNA is a molecule that is a crucial intermediary between the genetic code and the production of proteins. Inhibiting the translation of RNA into proteins can be accomplished with complimentary strands of RNA introduced into the body. This approach has been shown to reduce YAP and TAZ levels in experiments on mice with gastric cancer, leading to the reduction of tumor size. However, many questions remain as to off-target effect of RNA therapy and whether the risk of these side effects is warranted.

Peptides are short to medium stretches of amino acids (the molecules that join together to ultimately form proteins). Some peptides have shown promise in combatting gastric cancer in cell culture and mouse model experiments. They do so by binding to one of these proteins at a crucial interface responsible for its interaction with other key components in the signaling cascade that leads to tumor growth.

Although these peptides show promise, the main challenges for clinical viability are the fact that they often cannot easily penetrate through cell membranes or are degraded into their constituent amino acids by the cell’s natural recycling machinery. A host of molecular modifications designed to increase the stability and permeability of peptides could enhance the potential of this approach.

The processes that underlie gastric cancer at the molecular level are indeed complex. This has made understanding them – and harnessing them for treatment – a major challenge of cancer research. Better genetic models that can reproduce the consequences of an aberrant Hippo pathway in gastric cells are needed to gain a fuller understanding of all the factors involved. Much work remains to be done in order to develop a clinically validated pharmaceutical approach to target the Hippo pathway for the treatment of gastric cancer.