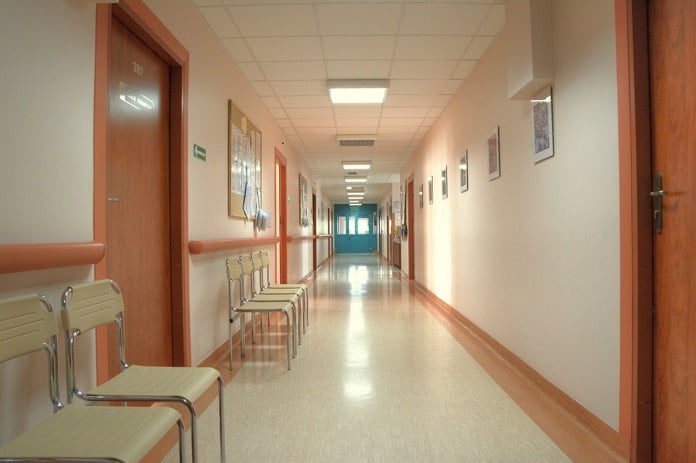 Researchers in Ontario analysed the data of 40,000 patients to establish a safe maximum waiting time for hip fracture surgery.

It is recommended by surgeons that patients with hip fractures undergo surgery as soon as possible in order to avoid complications that can occur as a result of the injury. However, in hospitals, this can represent a challenge because fitting an emergency surgery into an already busy schedule may require a scheduled surgery to be postponed, or require a large team of specialists to work overnight. As a result, many countries have established guidelines regarding the amount of time that is considered acceptable to wait between a patient being admitted to hospital and the hip fracture surgery actually being carried out.

A research group from Ontario, Canada, recognized that previous studies that have looked at waiting times for hip fracture surgery have measured time in days rather than hours. The researchers argue that when the actual time in question is only one or two days the results from such studies can be imprecise and weak. In Ontario, a unique medical records system exists which allows the waiting time to be determined more precisely in hours. This allowed researchers to determine a more accurate threshold waiting time, which was published in November 2017, in the journal JAMA.

Researchers reviewed a total of 42,230 medical records of patients who had hip fracture surgery in Ontario over a period of five years. The types of complications, including death, that occurred following surgery were recorded and a complex statistical analysis was carried out on the data. The results of the analysis revealed a threshold of 24 hours, whereby patients who had hip fracture surgery before 24 hours were more likely to survive and have fewer complications compared to patients who had surgery after 24 hours.

However, this analysis very much simplified many of the issues associated with getting a patient into the operating room for hip fracture surgery as quickly as possible. For example, many patients are delayed because they are not well enough to undergo the actual surgical procedure and associated anesthesia itself within the recommended timeframe and require stabilization. The researchers note that this may be due to a medical condition that the patient already had prior to the surgery.

In an attempt to overcome this potential bias in the results of the study, the researchers conducted a further analysis. In this secondary statistical analysis, the researchers matched up patients who had hip fracture surgery within 24 hours of admission to hospital, with those that had almost exactly the same medical condition but had surgery longer than 24 hours after admission.

The patients were matched up according to more than 30 similar points. Examples of which included diabetes, high blood pressure, and congestive heart failure, among others. Even after doing this, the researchers found that 24 hours remained as the critical time point whereby patients having surgery within this timeframe had fewer complications than patients that had surgery beyond this time. Of most importance, the researchers found that patients who had surgery following a waiting time of greater than 24 hours were more likely to die within the first 30 days following surgery than those that had surgery within 24 hours of admission.

Most Patients are waiting more than 24 hours

Part of the study also involved looking at how well hospitals in Ontario are doing at getting patients into the operating room for hip fracture surgery. They found that 66% of the patients in this study did not have surgery within 24 hours. The researchers note that there are many reasons why this may have occurred. However, they recommend that the current practice of operating on patients with hip fractures overnight continue, as a way of fitting the surgery into the confines of the operating room schedule. Furthermore, the researchers recommend further studies be conducted to determine whether a subset of patients exist, in whom immediate surgery would be beneficial.

A major limitation of the study, as discussed by the researchers, is that patients who died waiting for surgery were not included in the statistical analysis. The reason for this was that the medical records system was coded in such a way it was not possible to distinguish between patients who did not have surgery because it was not recommended by the surgeon, with those who died waiting. As a result of not including these patients, the results from this study may underestimate the effect of waiting for surgery.

In summary, in adults undergoing hip fracture surgery, a delay of greater than 24 hours following hospital admission is associated with a greater risk of dying within 30 days of the surgery and other complications. This time frame is less than the currently recommended waiting times of 36-48 hours, and 66% of the patients in this study did not have surgery within 24 hours of hospital admission. Therefore, the researchers recommend improvements in the timeliness of getting patients into the operating room for hip fracture surgery.