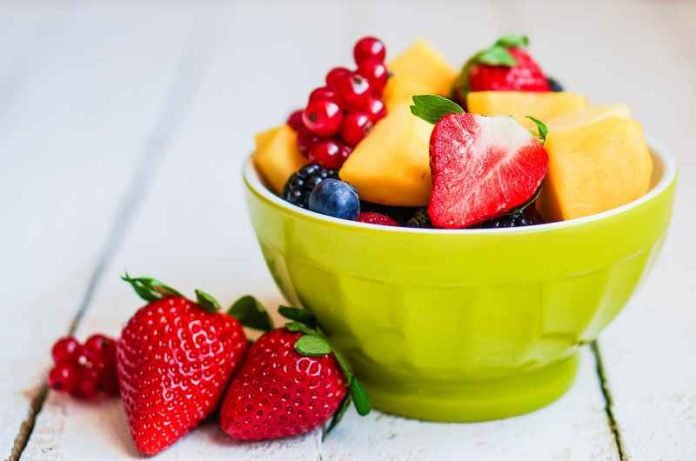 A higher dietary flavonoid intake has provided evidence of its ability to impact on the body composition of women. A recent study published in AJCN suggests that an intake of flavonoids is associated with lower fat mass and less weight gain.

Flavonoids, according to scientists, are one of the largest nutrient families, as it has a large class of plant pigments. They are known to be high in antioxidants and have anti-inflammatory properties. Flavonoids are highly bioactive and are important to the health of plants, animals, and humans. They can be found in foods or drinks such as fruits, vegetables, tea, wine, and chocolate. In addition to their health benefits and being associated with reducing the risk of certain types of cancer, flavonoids are also said to be strongly related to the maintenance of weight and to lower fat mass.

A new study published in the American Journal of Clinical Nutrition (AJCN) constructed a cross-sectional multivariable analysis, consisting of 2734 healthy, female twins aged 18-83 years old, obtained from the Twins UK registry. The participants consisted of women because the study was predominantly focused on diseases, such as osteoporosis and osteoarthritis, which have a higher prevalence in women. Moreover, women’s weight fluctuates more and fat mass gain is more visible in women in comparison to men. The assessment of fat mass was done with the use of dual-energy X-ray absorptiometry (DXA) and certain anatomical regions which included the trunk, arms, legs, and the overall weight of the whole body. Then, based on the measurements, the values were calculated to find body mass index (BMI), percentages, fat mass ratio (FMR), fat mass index (FMI), and total body mass. Participants completed a 131 item food-frequency questionnaire (FFQ) and ingredients used in each dish were provided to obtain accurate answers. They also completed a questionnaire that explained their self-reported physical activity over the past 12 months, height, medication usage, smoking, and their menopausal status.

Monozygotic twins, which result from the fertilization of one egg and one sperm, are identical twins that share the same chromosomes. Since they were used as participants in this study, it allowed for more accurate results as they are scientifically the same, allowing for a better comparison between each twin and the effects of their flavonoid intake on their bodies. Participants were divided and ranked based on their flavonoid subclasses and food intake into groups of a higher or lower intake for each subclass. Lastly, the primary outcome measure, FMR, in monozygotic co-twins was analyzed and compared and the co-twin analysis was repeated for participants over 50 years old, as age and menopausal status has a strong influence on FMR, causing it to fluctuate.

The results portrayed that higher intakes of anthocyanin, flavonol, and proanthocyanidin subclasses were significantly associated with a more favorable fat mass distribution, which was based on the ratio of limb to trunk fat mass. Additionally, increased intake of flavonoid subclasses, except for polymers, were significantly related to a lower central fat mass. The strongest relationships were observed for flavonol (found in citrus fruit-oranges, grapefruit and fruit juice), flavones (found in oranges, peppers, and wine) and proanthocyanidin subclasses (apples and cocoa drinks). Furthermore, when the relationship between monozygotic twins of a  younger age was explored, it showed that the twin with a higher intake of flavan-3-ols, flavonols, proanthocyanidins and anthocyanidins had a significantly lower FMR than that of their co-twin; in older twin sets, anthocyanidins had no impact on weight differences

Everyone’s body is made up of a different build and is genetically distinct, which determines how much fat they store and how quickly they gain weight; therefore, this acts as a limitation to this study. However, this study showed a positive relationship between flavonoids and weight loss which is important for people with obesity or those that are overweight. As a result, it can help reduce health issues and diseases by providing knowledge on what people require for a healthy diet. Lastly, the importance of determining positive results of flavonoids is relevant to public health recommendations to help reduce body fat.