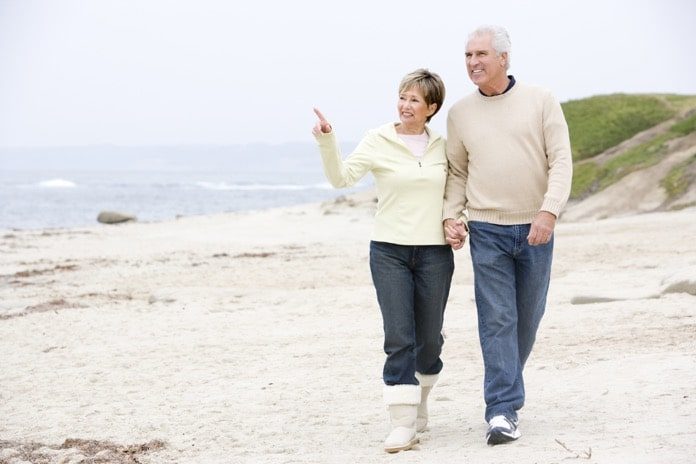 Vitamin D is a fat-soluble vitamin that helps the body to absorb calcium and maintain strong teeth, muscles, bones, and cartilages. Vitamin D can also protect the bones from diseases such as osteoporosis, risk of falls, fractures, rickets, and arthritis. It supports the immune system to avoid multiplication of abnormal cells that could result in diseases.

Eating food such as salmon, eggs, shrimps, tuna, milk, margarine, cod liver oil, and fortified cereals can provide the body with vitamin D. However, the greatest and the best source of vitamin D is from sunlight. In North America, the recommended dietary allowance (RDA) of vitamin D for those over the age of 70 is 800 IU or 20 micrograms per day. However, vitamin D needs to be activated by the kidneys to an active form (vitamin D3) in order to do its job of helping the body absorb calcium.

This calcium is then regulated by the parathyroid hormone (PTH) to ensure that it is neither too high nor too low in the blood. If the blood calcium levels are too low, the PTH is secreted to increase the levels back to the normal range in the blood by releasing calcium from the bone (bone resorption). This may affect the strength and thickness of the bone, a feature that is measured by bone mineral density (BMD).

Vitamin D levels in the body decrease with age

Vitamin D concentration has been found to decrease with age resulting in less calcium being absorbed to support the bones. Hence the high risk of bone loss, osteoporosis, falls, and fractures commonly seen in older people. This has been thought to result from bone resorption stimulated by the PTH as the body struggles to regulate the calcium level. Several studies on the effects of vitamin D supplement on the bone have shown conflicting results in the past.

In a recent study published in the American Journal of Clinical Nutrition, researchers in the United Kingdom randomly selected 379 adults of over the age of 70 both men and women and grouped them into three groups in a 12-month study period. The participants were given a monthly vitamin D supplements at a dose of 12,000 IU (approx. 400 IU or 10 micrograms RDA), 24,000 IU (approx. 800 IU or 20 micrograms RDA) and 48,000 IU (approx. 1200 IU or 40 micrograms RDA) respectively, in a randomized control trial.

The bone mineral density for the hips and femoral neck were measured, as these are the most common sites for bone resorption. Their weight, height and body compositions, as well as their vitamin D blood level, were also taken. The rate of falls, fractures, bone turnover markers, and adverse effects were also monitored every three months. Questionnaires were used to evaluate their diets, sunlight exposure and overall quality of life during the study period.

The researchers found that the blood levels of vitamin D increased in all the groups at the end of the 12-month study period with the greatest improvement seen in the group that received 48,000 IU. The BMD in the three groups were equally increased but there was no significant difference in BMD change among them; the BMD turnover appeared the same for all groups irrespective of the doses received.

The parathyroid hormone (PTH) was significantly reduced in all the groups with more calcium being absorbed from the gut and deposited on the bones preventing bone resorption. They also observed that the dose of 400 IU was enough to prevent vitamin D deficiency and invariably helped participants maintain a sufficient blood calcium level.

No reduction in the number of fractures

This study did not witness an increase in the number of side effects in all three groups, suggesting that the doses of 400 IU to 1200 IU (10 to 40 micrograms per day) is a very safe margin. However, more than 50% of the participants reported falls, especially in the group that received higher doses of vitamin D. The authors note that this was expected in this age population. Also, the number of fractures did not reduce even with the higher vitamin D level and the improved blood calcium level.

Study only looked at monthly dosing of vitamin D

This study was based on monthly dosing of vitamin D and the researchers note the possible variation in vitamin D concentration levels in the participants when compared with daily dosing of vitamin D used in several other studies. However, this study supports some of the previous studies that have shown the efficacy of vitamin D supplements in preventing vitamin D deficiency and improving blood calcium level, which is important for supporting the muscles, cartilages and the subsequent prevention of bone loss.

The experts concluded that vitamin D supplements should be taken to avoid vitamin D deficiency and prevent bone loss, a step in achieving adequate bone health. Nonetheless, supplementation in this study did not show improvement in the bone mineral density or the rate of falls and fractures in older people irrespective of the dose administered. The researchers suggest that there is no benefit in taking a higher dose of vitamin D supplements for older individuals.