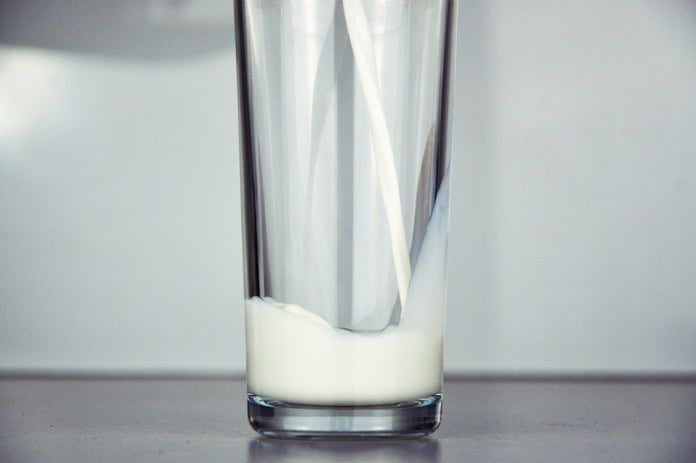 A study on lactose metabolism examines the presence of the dairy sugar lactose in the blood of healthy males after the consumption of a large quantity of milk or yogurt.

There is no lactose transporting protein present in the intestine, and therefore, high lactose levels in the blood are not expected. However, lactose is often detected in the blood of nursing mothers, patients who have had gastrointestinal surgery, celiac disease or rotavirus-mediated gastroenteritis, and newborns.

Lactose is a disaccharide sugar that is present in milk and milk products. Lactose is a vital source of energy during infancy. However, the ability to digest lactose declines in most human populations over time as the ability of intestinal epithelial cells or enterocytes to produce the enzyme lactase diminishes. However, in some populations, like those from Europe, certain mutations allow lactase to be produced into adulthood. Apart from digestion by lactase, lactose is also metabolized by microbiota in the colon, which results in the production of lactic acid.

The presence of lactose in the urine has been proposed as a marker to test the integrity of the intestinal epithelial barrier in adults. However, the presence of it in the urine has also been observed in healthy individuals after consuming lactose solutions or milk. The ability of lactose to cross the intestinal barrier has been studied previously, but its presence in the blood has not been actively investigated.

To understand more about how lactose crosses the intestinal barrier into the blood, researchers examined lactose metabolism in 14 healthy young male individuals. They published their results in the British Journal of Nutrition.1

The study recruited 14 healthy male subjects with a mean age of 25 years and an average body mass index and no reported intolerance or adverse reactions to dairy products. The participants were given 800 grams of yogurt made with a traditional starter (comprised of Lactobacillus delbrueckii ssp. bulgaricus and Streptococcus thermophilus strains) and with the bacterium Lactobacillus rhamnosus GG. The same subjects were also asked to consume a non-fermented (therefore lactose containing) milk product at a different time point. The serum of the participants was collected immediately prior to dairy consumption and at 15, 30, 60, 90, 120, 180, 240, 300, and 360 minutes after consumption and used to determine the concentrations of lactose and galactose.

High lactose levels in the blood of healthy individuals

Furthermore, it was found that eight of the 14 participants did not have the DNA signature associated with lactase persistence into adulthood. However, lactose and galactose levels between the lactase expressing and the lactase non-expressing groups after milk or yogurt consumption was not different. There were significant variations in terms of the abundance of microbes in the feces of the participants. Higher serum lactose levels were associated with the presence of the bacterium Veillonella in the feces.

This study provides important information about lactose metabolism that will advance our overall understanding of lactose intolerance. These results indicate that the consumption of very high amounts of lactose would result in its appearance in the blood. The high lactose levels in the blood very likely occur as a result of diffusion through the intestinal barrier.

Compared to lactose, galactose levels rise much earlier in the serum and show a faster decline. This reflects its faster absorption by dedicated hexose transporter proteins in the intestinal wall and its subsequent conversion in the liver to glucose-1-phosphate. Serum lactose, on the other hand, is metabolized very slowly, and therefore, its levels fall much more slowly as it is excreted in the urine. The bacterium Veillonella resides in the small intestine and uses lactate for its energy needs. Its presence is associated with inflammatory conditions such as Crohn’s disease. The authors hypothesize that its presence could be linked to a weakening of the intestinal barrier and suggest that measuring lactose levels may help better understand both healthy and diseased states.