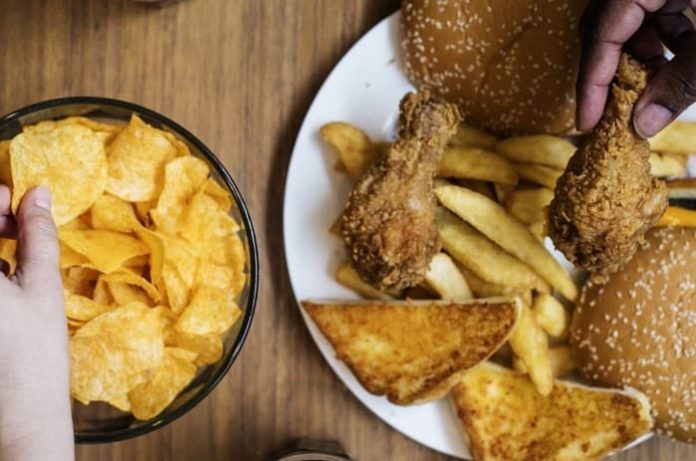 In a recent study, researchers examined the link between a high-fat diet in mouse models and the progression towards liver damage.

In non-alcoholic fatty liver disease, inflammation and accumulation of fatty lipids in the liver can lead to liver damage. Cholesterol is a suggested trigger for the liver inflammation that leads to eventual liver damage. Unfortunately, there is no known wide-spread, approved treatment for this disease.

This inflammation is suggested to be tied to an immune response, and some studies suggest that the immune response may involve macrophages. The researchers in this study, published in Hepatology, were interested in the roles of two specific types of macrophages in disease progression: liver-resident macrophages (KC) and infiltrating macrophages (IM). McGettigan and colleagues examined KC and IM in mouse models with non-alcoholic steatohepatitis, which is essentially fatty lipid buildup in the liver.

Specifically, the mice were either fed high-fat diets with cholesterol or low-fat diets with cholesterol. The mice had either a high-fat diet with one of three different cholesterol levels (0.05%, 0.2%, 2%) or a low-fat diet with one of the three cholesterol levels. To attain some of their results, they isolated the liver cells of these mice. They further specifically isolated the macrophages of the liver and looked at the level of activity of the macrophages.

They assessed liver damage in these mice after 12 weeks on their respective diets and found that those eating the most fat and cholesterol had the most liver damage, compared to a diet of only high fat or high cholesterol alone. The researchers also noticed that this high-fat diet in mice seemed to resemble human non-alcoholic steatohepatitis in the way the fibrosis (tissue scarring) occurred in the liver.

Inflammation-inducing molecules may play a role in liver damage

Expression patterns of KC was the most different (increased) in the fat and cholesterol diet combination. In the high-fat diet mice (with high cholesterol and severe non-alcoholic steatohepatitis), they found that there was a higher level of certain types of lipoprotein (oxidized low-density lipoproteins), compared to those on the low-fat diet.

Overall, there is some resemblance between the mice models of non-alcoholic steatohepatitis and the human equivalent. This study also suggests a role of liver macrophages in the disease. The KC role in this study seemed to contradict previous studies. This may be because this study looked at KC over a longer period of time compared to other literature. In the expression profiles of the mice experiencing non-alcoholic steatohepatitis, they saw KC expression differ with cholesterol changes in the diet, but not with IM.

Overall, this study showed a link between high-fat diets, cholesterol levels and how macrophages may play a role in liver damage. It would be beneficial to continue to study the pathway mechanism leading to liver damage and disease. Elucidating this pathway may help in finding future treatments for human non-alcoholic fatty liver disease.