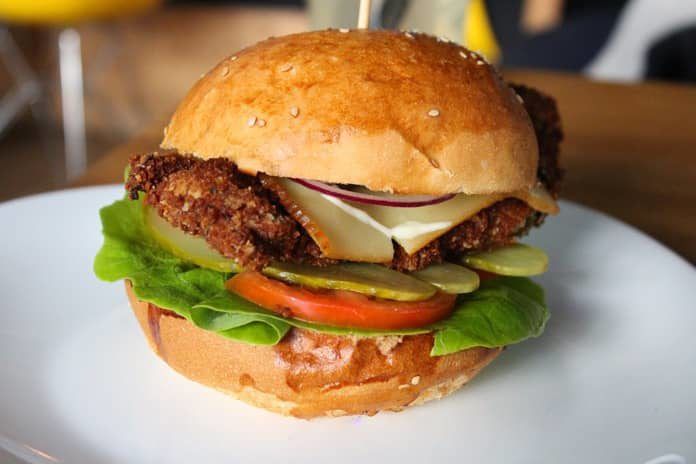 Keleher and colleagues tested whether a high-fat diet during pregnancy can alter the health and weight of offspring later in life.

In the past several decades, it has become increasingly clear that a person’s environment and behavior during life can go on to shape the life and health of their children. This occurs in part through a process called DNA methylation, in which DNA strands are chemically modified by specific molecules so that certain genes or regions are harder or easier to access, copy, and turn into protein or other gene products. These kinds of effects could play a role in the risk of hypertension and other cardiovascular diseases, as well as in obesity and diabetes, among others.

DNA Methylation Patterns May Be Established during Pregnancy

DNA methylation patterns are often established in the fetus. As a result, a mother’s diet during pregnancy may be a particularly important factor shaping DNA methylation in her children. This is because of the direct interactions between the maternal responses to food and the fetus itself.

Obese women have a higher risk of stillbirth and having babies with birth defects, higher body fat, or altered hormonal levels. Children with obese mothers also are at higher risk of obesity themselves, along with higher blood pressure, cholesterol, and insulin levels, as well as a higher risk of psychiatric and cognitive problems. These risks continue and are compounded in adulthood. However, it is often difficult to determine whether these risks are a result of maternal obesity and high-fat diet during pregnancy or a result of the social environment in which children grow up.

At the University of Missouri in the United States, Keleher and colleagues decided to test whether the offspring of mothers with high-fat diets are at higher risk for obesity and other conditions, in order to tease apart the effects of DNA methylation from those of childhood experiences. To do so, they bred mice that either had mothers on a high-fat diet or low-fat diet and then gave them to low-fat diet mothers for nursing. These offspring were then fed either a high-fat or low-fat diet after weaning. The results of this study were recently published in PLoS ONE.

The offspring who were fed a high-fat diet after weaning were, on average, heavier than those who were not, and this effect was much larger than the effects of maternal diet. Maternal diet affected the weight of daughters but not the weight of sons. Female mice who were on a high-fat diet and had mothers who were also on a high-fat diet, tended to be larger than those with low-fat diet mothers. These offspring also had altered blood levels of various hormones, fatty acids, and glucose. These effects may be a result of differential expression of leptin, a hormone which regulates hunger. Maternal diet alters the expression of many dozens of genes associated with liver and heart function, as well as thousands of regions associated with metabolism and immune system function.

Alteration of Genes Associated with the Immune System

Keleher and colleagues’ findings clearly highlight that a maternal high-fat diet during pregnancy can exacerbate the effects of a high-fat offspring diet, particularly in daughters. They also show that a high-fat diet during pregnancy alters the DNA methylation of many genes and other DNA regions associated with metabolism and immune system function which are directly linked to diabetes and other health risks. Future work will have to expand these findings into other mouse strains and other kinds of genetic modifications.