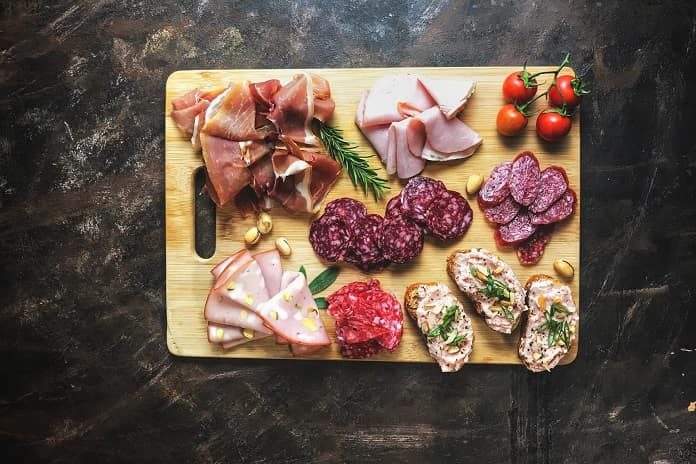 A new study in the Journal of Bone and Mineral Research shows how a high-fat diet impacts vitamin D metabolism in mice.

We need vitamin D (the sunshine vitamin) to maintain mineral balance, skeletal integrity, and the normal function of the immune system. While many of us get enough vitamin D from exposure to the sun and from our diet, vitamin D deficiency is a worldwide public health problem. In most cases, the cause of deficiency is due to insufficient sun exposure or intake of vitamin D, but it can also be due to pathological conditions such as obesity.

Once vitamin D enters the body, it is modified in the liver by the enzyme CYP2R1 to produce calcidiol. The conversion from vitamin D to calcidiol is the first step in the metabolism of vitamin D, which ends in the production of the active form of vitamin D, called calcitriol. Calcitriol is responsible for the biological functions of vitamin D.

It is well known that obese individuals tend to have low blood concentrations of calcidiol even when they supplement their intake of vitamin D. Until now, the most accepted explanation for this is that the large fat mass of obese patients traps vitamin D, preventing it to circulate in the blood and be metabolized. However, the possibility that the metabolic conversion of vitamin D to calcidiol is disrupted in obese patients has not been tested before.

To explore this possibility, a team of American researchers has performed a study recently published in the Journal of Bone and Mineral Research, in which they investigated the effect of diet-induced obesity in the conversion of vitamin D to calcidiol by the CYP2R1 enzyme.

The researchers analyzed the blood and livers of female mice that had been fed with a normal diet or with a high-fat diet. They measured their weight, their levels of circulating calcidiol, and the expression of the gene encoding the CYP2R1 enzyme.

The results showed that mice fed with the high-fat diet were expressing CYP2R1 at lower levels than the mice who were fed a normal diet. Interestingly, this difference was observed even before there was any difference in the weight of the two groups.

According to the authors of the study, this effect suggests “that diet-derived fatty acids may directly regulate expression of CYP2R1, or that diet-mediated microbiome [the community of microorganisms living in the gut] changes may lead to decreased CYP2R1 expression”

Also, the researchers found that the livers of obese mice had significantly less calcidiol than lean mice, indicating that the conversion of vitamin D to calcidiol, which occurs in the liver, is indeed hindered in obese individuals.

To conclude, lead author Dr. Jeffrey Roizen, of The Children’s Hospital of Philadelphia said in a press release, “Our observations show that this early step in activating vitamin D is influenced by obesity, and suggest that obesity-related effects on the liver can have clinically important systemic effects on bone and mineral metabolism.”

While the results of the study are clear and adequately support the author’s conclusions, it is important to know that the study had two main limitations. First, the study only included female mice, which limits the generalization of the observations to the male individuals. Second, the researchers measured the levels of expression of the gene encoding CYP3R1 enzyme to estimate the real amount of this enzyme. They could not directly measure the levels of CYP3R1 because of technical limitations.

Nevertheless, as Dr. Jeffrey Roizen said, “while we often think of low vitamin D causing obesity, this work shows that an illness or pathology (like obesity) can cause low vitamin D.” This study brings new information to the table that sets the stage for a chicken-and-egg situation; what comes first: vitamin D insufficiency or obesity?