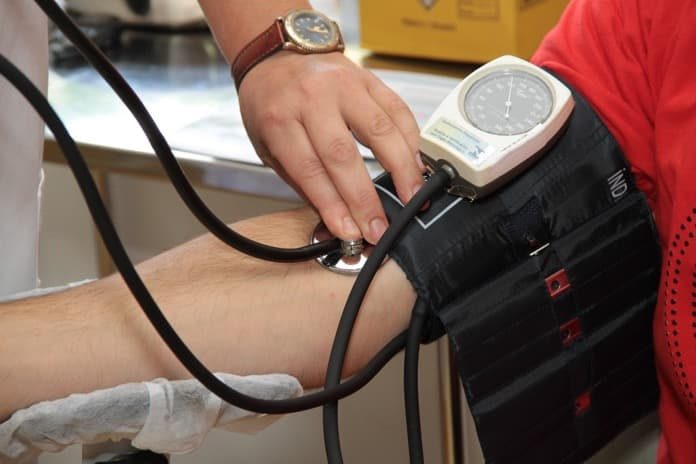 The researchers then carried out a genome-wide association study, or GWAS, in which they link particular gene variants to a particular disease condition by comparing across affected and unaffected groups.

They found 535 new gene variants linked to high blood pressure and confirmed 274 previously identified variants. Of the novel variants, 498 were regulatory sites, meaning that they regulate the production of proteins by other genes. The heritability estimates for high blood pressure range between 0.194 and 0.213, indicating that about 20% of the variation in blood pressure can be linked to genetic differences.

Some of the new variants were linked to behaviors and traits, such as the frequency of alcohol consumption or body mass index, which are linked to high blood pressure themselves. Other gene variants have been linked to Alzheimer’s and other diseases.

The results of this study provide a vast new wealth of data for understanding high blood pressure, its causes, and its treatment. Many of the gene variants that were newly identified are tied to hormones, the development of blood vessels, and blood cholesterol levels.

These findings indicate that high blood pressure is genetic in a complex way, and, importantly, the researchers were able to identify potential targets for existing and future high blood pressure treatments. Future work will have to clarify the specific functions of each of the novel variants.