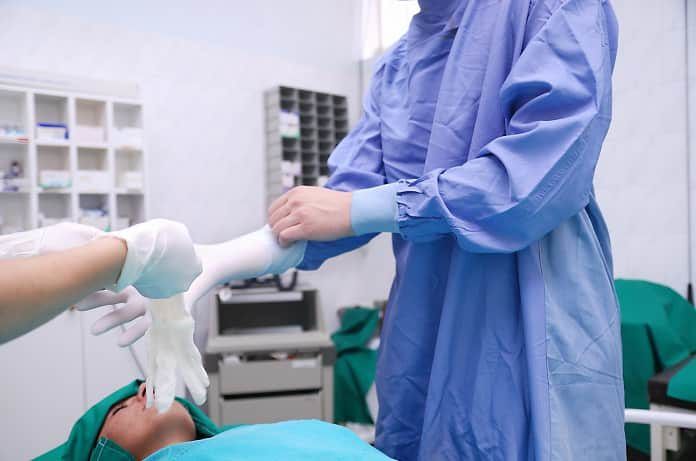 Combining serotonin-inducing herbal supplements and medications can compound the accumulation of serotonin in the neuronal synaptic cleft. Excessive serotonin can lead to a life-threatening syndrome: the serotonin syndrome. Anesthesiologists must be aware of this compounding effect before administering fentanyl and other opioids to prevent serotonin syndrome during and after surgery.

The most common medications associated with serotonin syndrome are antidepressants, anti-migraine medications, opioids, herbal supplements and a variety of over-the-counter agents. Patients taking a combination of serotonergic agents may be at risk of perioperative serotonin syndrome following even a small dose of an opioid such as fentanyl during surgery. The symptoms of serotonin syndrome include changes in mental state, stimulation of the autonomic nervous system, increased muscle tone and rigidity, and involuntary jerking of the upper and lower limbs.

Mary E. Warner, from the Department of Anesthesiology and Perioperative Medicine at the Mayo Clinic in Rochester, Minnesota and colleagues published two case reports of perioperative serotonin syndrome in the Canadian Journal of Anesthesia on June 30, 2017. Both patients were taking a combination of serotonergic medications and herbal supplements.

In the first case, a 72-year-old man immediately developed symptoms of serotonin syndrome after a second dose of intravenous fentanyl was administered prior to a bone marrow biopsy. The anesthesiologist recognized the symptoms quickly and administered naloxone to reverse the effect of fentanyl. Within 1 minute, the patient regained consciousness and the seizure-like activity ceased. The second case involved a 19-year-old male who developed a delayed response after a dental procedure requiring sedation with monitored anesthesia care. On his way out of the hospital, he became unresponsive and began to exhibit muscle jerking. He was transferred back into the postoperative care area where he was given benzodiazepines intravenously, which halted his myoclonic muscle activity for a few minutes before they would start up again. Eventually, his symptoms subsided and he was discharged.

Fentanyl was administered to both of these patients. The 72-year-old man developed the syndrome immediately, suggesting that the dose of fentanyl administered intravenously compounded the serotonergic effect of his regular medications. The response in the 19-year-old man was delayed, possibly due to the concomitant administration of intravenous midazolam for sedation prior to his operation. Benzodiazepines, such as midazolam and lorazepam, are administered during serotonin syndrome to increase the seizure threshold.

Combining serotonergic herbal supplements and medications puts patients at risk of perioperative serotonin syndrome. Anesthesiologists must be aware of the serotonin load in their patients and must be able to quickly detect serotonin syndrome in order to quickly reverse it. Certain serotonergic agents may need to be discontinued before any operation requiring anesthesia. Anesthesiologists must be familiar which medications and herbal supplements are serotogenic, and with diagnosing serotonin syndrome by the signs and symptoms and the Hunter Serotonin Toxicity Criteria.  Prevention of the syndrome and quick identification of the signs and symptoms can prevent a life-threatening situation.