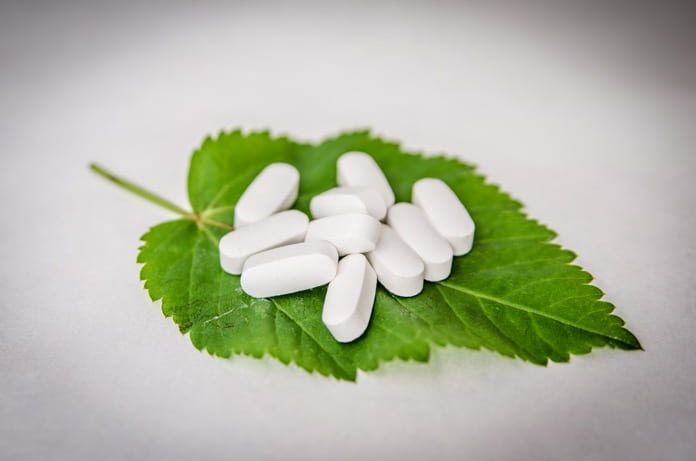 In a recently published study, scientists review the efficacy and safety of nutritional supplements and herbal medicines as alternative treatment options for polycystic ovary syndrome.

Polycystic ovary syndrome (PCOS) affects one in five women and is the most common reproductive disorder of the female endocrine system. PCOS results in obesity, diabetes mellitus, infertility, psychological stress, and pregnancy complications among other symptoms.  It may be largely related to insulin resistance. Lifestyle modifications such as weight reduction have been suggested as the first-line treatment. However, physical and social barriers in obese women often impact their compliance. Other treatment options include oral contraceptive pills and glucose-lowering medications. However, these treatments have side effects that potentially worsen the woman’s quality of life. As a result, women often seek alternative options including complementary medicine for better health outcomes.

Research has reported evidence of some positive effects in women who use nutritional supplements and herbal medicines to treat their polycystic ovary syndrome. Herbal medicines have been shown to improve hormone balance in PCOS and may positively affect menstrual regularity. The present review published in BioMed Central Complementary and Alternative Medicine aimed to investigate the efficacy and safety of nutritional and herbal supplements in women with polycystic ovary syndrome.

Arentz and colleagues compared herbal medicines and nutritional supplements to a placebo, nutritional supplements, or pharmaceutical treatment and lifestyle management using randomized control trials (RCTs). They defined nutritional and herbal supplements as herbal extracts or pills containing vitamins, minerals, or dietary-derived elements. The study participants were 1,406 women between 18-44 years old who had been diagnosed with polycystic ovary syndrome. They collected data from twenty-four RCTs. The primary outcome measures were the regularity of the menstrual cycle and any adverse effects of treatment. The researchers investigated seven nutritional supplements including calcium plus vitamin D, vitamin D alone, omega-three fish oils, and four herbal medicines including Mentha spicata and Cinnamomum sp. The duration of treatment ranged from thirty days to seven months with the majority lasting between eight to twelve weeks.

Two trials compared calcium plus vitamin D to the standard hyperglycemic medication, metformin, for women with regular menstrual cycles. The researchers reported no adverse effects. However, there was no evidence of an improved effect in treating polycystic ovary syndrome. Another study comparing metformin alone with B complex vitamins plus metformin found no difference between treatment groups and no adverse effects were reported. Two RCTs comparing vitamin D supplements to the placebo in treating PCOS reported no significant differences between the options, nor were any adverse effects found

In the trials reporting the effect of herbal medicines such as Camellia sinensis (green tea) capsules, Cinnamomum sp., and Mentha spicata, no evidence of a menstrual regulation effect was reported when compared to the control groups.

The results of this review found that no single herbal medicine or nutritional supplement had any significant effect on improving the primary outcome, menstrual regularity, and evidence regarding the safety of these alternatives is lacking. There was a small amount of evidence suggesting that women with polycystic ovarian syndrome would benefit from two nutritional supplements, inositol and omega three fish oil. More research is needed to investigate this possibility.

This study has several limitations. The researchers excluded non-English language studies, limiting the total available data, especially considering that the use of herbal medicine is high among non-English speaking cultures. The review included a small number of nutritional supplements and herbal medicine interventions, and quality of life and well-being outcomes were not measured or investigated.