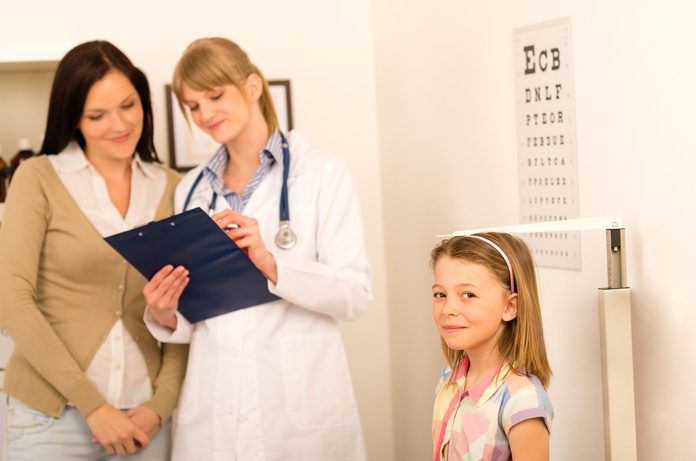 Recent studies have identified an association between the height of an individual and their risk of various age-related diseases. Researchers investigated the relationship between adult height and healthy aging in a study population of female nurses and found that height has effects on healthy aging; they also found this association could be modified through dietary intake.

Height is influenced by an individual’s genetics and their circumstances in early life (fetal, nutritional, socioeconomic, and psychological). Current studies have revealed a connection between height and various age-related diseases; greater height in adulthood was found to be associated with an increased risk of pancreatic, breast, ovarian, and prostate cancer. Given the lack of existing studies assessing the relationship between height and overall health in mature adults, researchers sought to investigate the association between height and healthy aging. They assessed a number of health outcomes, such as incidence of chronic diseases, memory, physical functioning, and mental status. They also investigated whether lifestyle factors had any modulatory effects on the relationship between height and healthy aging.

A study published by Wenjie and colleagues in the American Journal of Clinical Nutritionused data from the Nurses’ Health Study, a prospective study on female nurses 30 to 50 years of age from 11 states beginning in 1976. Nurses completed validated questionnaires every two years, which reported on their medical history, lifestyle and health practices. Researchers used the year 1980 as the baseline for the current study, as this was the point at which information was first assessed on variables like physical activity, multivitamin, aspirin use and diet. Researchers performed analyses on data from a total of 52,135 participants between 33.5 and 60.6 years in 1980 (or 65.5-93.3 in 2012). They were divided into categories according to height(in meters): 1.57 m or less, 1.58- 1.62 m, 1.63-1.65 m, 1.66-1.69 m, and 1.70 m or greater. Participants reported current height at the time of enrollment and demographic data (i.e. age, education, body weight, family history of chronic conditions, etc.) was obtained with an abiennial questionnaire. Data on physical activity was assessed every two to four years using a validated physical activity questionnaire; similarly, dietary intake was assessed every 4 years using a validated food-frequency questionnaire.

Researcher defined “healthy aging” as: being free of 11 major chronic diseases (including cancer, type 2 diabetes, myocardial infarction, congestive heart failure, stroke, and multiple sclerosis, etc); no memory impairment; as well as good physical function and mental health. Having no more than one memory complaint was considered an absence of memory impairment. Physical function was assessed using a questionnaire about physical limitations while performing moderate activities such as bathing and dressing, and vigorous activities like climbing a set of stairs. No limitations performing moderate activities and no more than moderate limitation with vigorous activities were classified as having no physical function impairment.

The study results indicate an inverse association between adult height and healthy aging in mature adult women; individuals who were taller were less likely to experience healthy aging. There was a strong association between greater height and an increased likelihood of having impairment in physical function. Taller individuals generally experienced greater difficulty with bending, twisting or running, motions that shorter individuals may engage in with greater ease. It is quite possible that these differences become more marked as individuals age. Additionally, there was an association between being taller and increased likelihood of suffering from major chronic diseases. With respect to mental health status, there was a link between greater height and lower odds of having a good mental health status.

A second finding from the study was that the association between height and healthy aging could be modified by a prudent dietary pattern rich in fruits and vegetables; an effect most evident in the low and middle height categories.This supports findings from previous studies that have shown that a diet rich in fruits, vegetables, fish, whole grains and starchy low-fat staples promotes healthy aging. Interestingly, factors like BMI, smoking, alcohol intake and physical activity did not influence the relationship between height and healthy aging.

The authors mention several study limitations, such as a lack of diversity in the study population which was primarily made up of registered nurses with European ancestry who were generally healthy at midlife.The study results, therefore, may not be representative of the general population. A second limitation is the inability to exclude participants with impaired physical function, mental health and subjective memory, as these data were not available at the beginning of the study. Third, there may be other factors (demographic, lifestyle, socioeconomic, behavioural) which were unaccounted for may have affected both the final adult height and aging. Fourth, the results obtained may be dependent upon the distribution of height and variability in the number of participants in the assigned categories. Lastly, adult height may actually be an indicator of genetic background and early life exposures, rather than a risk factor directly affecting the health status of an individual.

The finding that height is linked to healthy aging is interesting, but further research is needed to determine the nature of this relationship, which may be rooted in other biological or environmental factors. The finding of an interaction between height and diet is a valuable one, as it supports the creation of dietary interventions which can be tailored to an individual’s height.