Each cigarette smoked per day increases the risk of developing a respiratory disease by up to 33% a new study shows.

Over the last fifty years, a wealth of research has been conducted that connects smoking with developing a wide range of diseases. However, there is less available evidence measuring the degree of damage caused by light smoking (less than ten cigarettes per day) versus heavy smoking (over 20 cigarettes per day).

Published in EClinicalMedicine, researchers from The Australian Centre for Precision Health analysed data from more than 150,000 smokers in the UK Biobank, to assess how heavier smoking affects the risk of disease. The results linked heavy smoking to 28 separate health conditions including; nine respiratory diseases, seven cardiovascular diseases, a range of cancers, renal conditions, and retinal disorders.  For heavy smokers, the risk of developing a respiratory disease was extremely high, increasing the odds by 5% – 33%. However, these risks were closely followed by circulatory diseases with an increased risk of 5% – 23%.

As the leading preventable cause of death worldwide, tobacco smoking kills those who smoke, on average, ten years earlier than those who don’t smoke. Twenty percent of the world’s population over the age of 15 still smokes tobacco despite the decline seen over the last 20 years. In the United States alone, smoking-related disease costs the economy over $300 billion per year. The number of people smoking more than a pack of cigarettes per day has decreased in the United States over the last twenty years. However, an increase has been seen in those who smoke less than ten cigarettes per day.

The results from the study only looked at comparing heavy smokers with people who have smoked in the past. Therefore, when compared to people who have never smoked, the risks are likely to be even more significant.

Each additional cigarette increases the risk of many of the leading causes of morbidity including; cancer, respiratory disease, cardiovascular disease, and more. In order to reduce the risk and burden of smoking-related diseases, public health initiatives need to continue to target smoking cessation.

Image by Alexas_Fotos from Pixabay 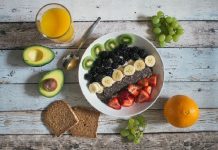