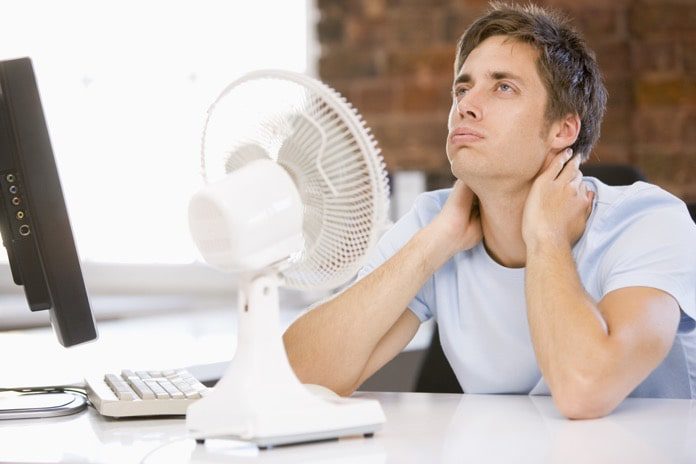 Researchers investigated the effects of heat waves on mental illness and suicide rates.

While the words “global warming” may remind us of damaged and decreasing polar bears, we may not think to consider the adverse effects of high temperatures on individuals who suffer from mental illnesses.

Mental health awareness has improved astronomically over the past decade due to the fact that approximately one in five people suffer from a mental illness. With 2016 being the hottest recorded year in history, and considering that the 10 hottest years ever recorded occurred within the past 15 years, global warming is also receiving more attention from the political community.

It has come to the attention of researchers that certain symptoms that are present among individuals suffering from a mental illness are exacerbated when they are in an environment with elevated temperatures. This observation has been made by governments including the Government of the United Kingdom, with higher emergency room admission rates among this demographic during heat waves.

Public health researchers are now invested in discovering the effects of high temperatures on certain mental illnesses, with the hopes of preventing hospital admissions and decreasing the rising morbidity and mortality rates.

In order to determine the temperature at which residents of the United Kingdom would receive a heat warning, researchers first had to determine what temperature was the benchmark for risk. The UK Climate Change Risk Assessment of 2017 called for a study to be conducted assessing the effects of high ambient temperatures or heat waves on mental illness.

They decided to conduct secondary analysis, comparing the results of 35 studies that would assess the effect of temperature on six broad mental outcome categories:

The findings were published in the journal Public Health, a publication focused on analytics and information in the scientific community.

While high ambient temperatures and heat waves have presented a diverse range of effects on various mental illnesses, there are overwhelming amounts of data that have connected increased suicide rates to hot weather. With 15 of the 35 studies being assessed finding this correlation, UK Climate Change Risk Assessment workers were able to determine that these findings were not coincidental—they had to increase awareness of the relationship between increased suicide risk and hot weather.

Something that researchers noted, however, was that because 35 studies were assessed with different conditions, causation could not be determined. It is highly unlikely that hot weather is a direct cause of increased suicide, but it is predicted that the human activity that occurs during hot weather including higher rates of alcohol consumption could contribute to this statistic.

Men are at greater risk for suicide during heat waves

Consistent with the fact that more men die as a result of suicide than women, there is a higher suicide rate among this sex. This is because, while more women attempt suicide, men tend to select more violent methods of suicide. An increase in violent behaviour is a result of the overheating of the human body, thus explaining why this was observed by researchers.

After assessing the temperatures in the 35 studies at which negative mental health outcomes are presented, researchers in the United Kingdom were able to determine that the baseline temperature for mental health risk is 18 degrees centigrade, meaning that at this temperature or any hotter temperature, residents should take precautions to protect themselves from overheating.