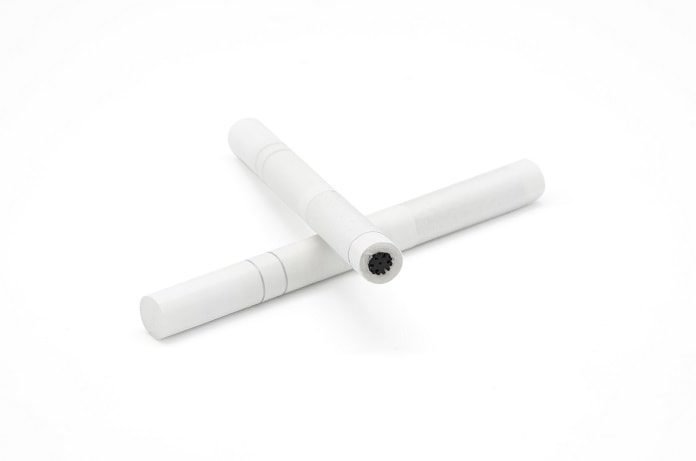 You may want to think twice before lighting up one of the newer tobacco products on the market. The so-called heat-not-burn (HNB) tobacco cigarette may not, in fact, be as harmless to your health as its manufacturer suggests.

The Phillip Morris International (PMI) company heralded its marketing of its HNB tobacco cigarettes as “a revolutionary technology that heats tobacco without burning it, giving you the true taste of tobacco, with no smoke, no ash and less smell.”

But does it really? A group of researchers associated with the universities of Bern, Lausanne and Lausanne/Geneva – all in Switzerland – looked into the matter. Their results, published online in the Journal of the American Medical Association/Internal Medicine on May 22, 2017, contradict PNI’s advertising.

The researchers utilized standardized, internationally acceptable methods to test PMI’s I-Quit-Ordinary-Smoking (IQOS) disposable tobacco stick and compare it to tobacco cigarettes. With a rate of two puffs per minute, they trapped the exhalant in a glass filter and performed numerous analyses to determine the smoke’s components.

The disposable tobacco stick is soaked in propylene glycol and when dried, is inserted into a HNB cigarette holder. On lighting with an electric blade, the stick is heated to 350 degrees Celsius (662 degrees Fahrenheit) to heat the tobacco, generating a sensation similar to smoking an ordinary cigarette.

Propylene glycol, which the United States Food and Drug Administration considers to be a safe product for human use, is used as a tobacco preservative, among other applications. Traditional tobacco cigarettes burn at less than 800 degrees Celsius, or 1472 degrees Fahrenheit.

In their study, the researchers discovered that HNB cigarettes contain 84% of the nicotine found in traditional cigarettes. While nicotine in and of itself is not considered to be a carcinogen in humans, its inhalation has been postulated to cause tumors that can become cancerous.

Among the smoke’s chemicals, the scientists and medical professionals isolated carbon monoxide and ones with names like acroleine, benzaldehyde, formaldehyde and acenaphthene, among more than two dozen others. Respectively, percentages of the latter four chemicals, compared with cigarettes, came in at 82%, 50%, 74% and 295%. None of the other chemicals were greater than 41% of the amount found in a regular cigarette.

HNB cigarettes are sold in at least 19 countries worldwide, but not currently in the United States. Japanese respondents to an internet survey published in 2015 showed former and current smokers, as well as people ages 15-39 were inclined to smoke a HNB tobacco stick.

As strengths, this study breaks ground by shedding light on the potential deleterious effects of smoking HNB cigarettes. It also highlights that HNB cigarette smoke can be considered second-hand smoke.

As a limitation, the study could have utilized a greater number of cigarette brands when comparing HNB and conventional varieties.

Overall, the study shows that while inhaled smoke is ephemeral, its consequences may not be.