Home Medicine Drugs Health Canada’s Statements on the Threat and Strength of the W-18 Drug... 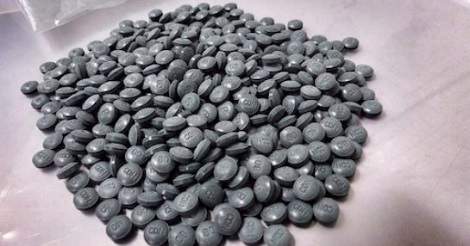 Health Canada’s recent claim that the W-18 drug is 100 times stronger than fentanyl has been debated, as researchers highlight the lack of research investigating the drug’s strength and pain relieving properties.

W-18 is a chemical compound that was created at a laboratory in the University of Alberta and was intended to be used as a pain reliever in the late 1970s and early 1980s. The W-18 drug was created as a part of a series of chemical compounds called the W series drugs. This W-18 drug was not produced or sold commercially. The drug has slowly been appearing within the illicit-drug scene; however there is no consensus about whether it can technically be classified as an opioid (drugs often prescribed to relieve pain).

At present, researchers have observed some pain relief effectiveness among some of the other drugs in the W series; however similar lab tests were never performed for the W-18 drug. W-18 drug research in mice has demonstrated that it took 10,000 times more morphine than W-18 to reduce pain; other studies have observed fentanyl (another sedative drug) to be 100 times more powerful than morphine. These findings have led to the misconception that W-18 is 100 times stronger than fentanyl. Experts have yet to determine whether or not W-18 should be classified as an opioid. As of June 1 Canada has added W-18 to its controlled substance list.

Researchers assert that despite the above findings, there is no data supporting the motion that the drug is certainly dangerous in humans. The head of pharmacology and toxicology at Sunnybrook Health Sciences Centre in Toronto has stated that W-18 could be an extremely hazardous drug, but additional research is needed prior to making any conclusions regarding how it functions chemically and its strength. The authors mention that there are numerous dangerous drugs that are more deserving of increased attention by the police and other regulators.