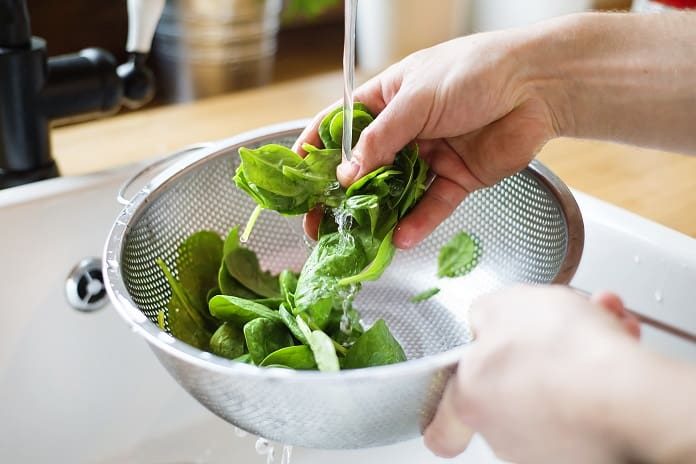 Like many other leafy green vegetables, spinach is full of healthy vitamins and minerals. It is also an excellent source of lutein, a pigment found in dark green vegetables. Lutein is an antioxidant, which are important factors for the body’s immune defence system.

Studies at Linköping University in Sweden showed that lutein can reduce the inflammatory reactions of immune cells taken from patients with coronary artery disease (narrowing of the heart arteries). They also showed that immune cells can store lutein, which means it may be possible to build up lutein reserves by increasing dietary intake. Like many other nutrients, lutein can be broken down by heat.

The research team at Linköping University investigated whether different cooking preparation methods affect the health benefits of spinach by reducing the amounts of available lutein. They recently reported their findings in Food Chemistry.

The researchers compared the effects of a range cooking preparation methods on spinach under realistic conditions that would be found in a home kitchen. Fresh baby spinach purchased from a local store was heated by boiling, steaming or frying at different temperatures and for different times.

Since reheating food is a common practice in many homes, some of the heated spinach samples were stored overnight in the fridge and microwaved the following day. In addition, raw spinach was liquefied with either water or dairy products. Following the various preparation methods, the researchers treated the spinach samples with an enzyme digestion process in the laboratory to simulate stomach digestion, and then measured the amount of available lutein.

The highest amount of available lutein was seen in the unheated liquefied spinach samples, especially if dairy products were added to the spinach mixture. Heating spinach by any cooking method substantially reduced the available lutein, but it was reduced most after long boiling times. Interestingly, microwave reheating of heated spinach partly reversed the reduction in lutein seen after cooking. The researchers suggested that this is because more lutein is released when the plant structure is broken down further by the microwave.

Spinach smoothies are the best option

The researchers concluded that liquefying raw spinach with dairy products is the method of choice for maximizing the health benefits of spinach by releasing lutein. Chopping spinach releases lutein from the leaves and fat in the dairy products increases its solubility in the fluid. Dr. Rosanna Chung (Linköping University), the principal author commented, “Best is not to heat the spinach at all. And even better is to make a smoothie and add fat from dairy products, such as cream, milk or yoghurt.”

Families with more than one child tend to have better eating...