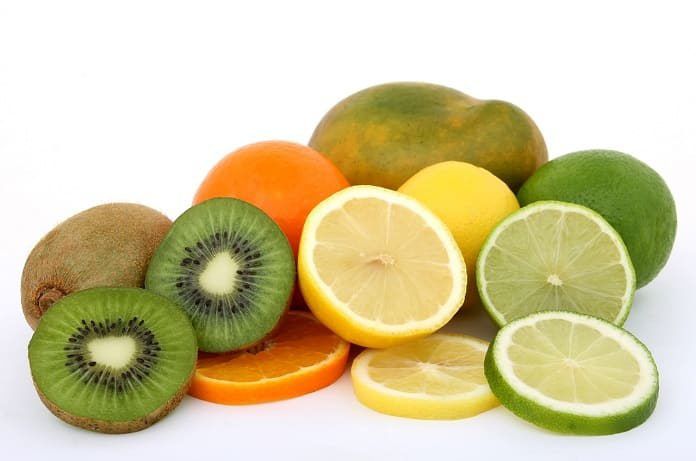 One of the health benefits of citrus fruits, such as oranges, may be improved fitness through increased stamina.

The consumption of citrus fruits and their juices have been linked to reduced risk of stroke and some cancers and this effect may be due to high flavanone levels that exist in citrus fruit. One of the main dietary sources of flavanones is orange juice and studies have shown many health benefits of citrus fruits, including to orange juice, such as improved vascular function, enhanced antioxidant defense system, and reduced blood pressure in overweight and obese adults.

Exercise has been reported to increase the bioavailability of citrus flavanones. The bioavailability is the amount of a substance that is circulating in the body and available for use.  A study recently published in the American Journal of Clinical Nutrition investigated the proportion of orange juice metabolites (namely, hesperidin and narirutin) that enter circulation and are capable of having an active effect on the bodies of male endurance-trained athletes after a seven-day detraining period.

Pereira-Caro and colleagues recruited 10 male endurance-trained athletes with a BMI of <25 kg/m2. On average, the participants had been training routinely for 4-12 years and competed regularly in running events such as marathons and half marathons. Each participant was non-smoking, was not to be taking any medication or nutritional supplement, and was not to be following any special diet. This study screened and excluded individuals having chronic illnesses, eating disorder, and a history of gastrointestinal disease.

The study consisted of two 24-hour orange juice feeding trials. One of the trials took place during a period of normal training, and the other immediately after 7 days of an absence of training. It was requested that participants continue their normal training regimen leading up to the first trial and refrain from any physical training before a second orange juice trial. They were also asked to follow a diet low in (poly)phenolic compounds by avoiding items such as fruits, vegetables, chocolate, high fibre products, tea, and alcohol.

Volunteers recorded their weight and dietary intakes and collected their urine over four predetermined time intervals. By collecting urine output the researchers were able to quantify the amount of polyphenols excreted both before and after consumption of orange juice, and as anticipated, no flavone metabolites were detected in the 0-24 hour baseline urine collected before the volunteers ingested 500 mL of OJ. The overall amount of flavanone metabolites that were excreted were significantly higher following 7 days without training than the quantities excreted during training.

The study results demonstrated that participants who consumed orange juice after 7 days of detraining excreted more metabolites in their urine (5.2%) than when participants consumed orage juice during the training trial period (4.2%).

Exercise training causes several changes in the body including decreasing the amount of time it takes for food to travel through the digestive tract and enhancing muscle blood flow, and this would suggest that endurance-trained athletes have a reduced bioavailability of citrus flavanones. The researchers found that endurance-trained athletes have significantly fewer flavanones available for use by the body when compared to individuals who are less active. It is not yet known the extent to which long-term participation in endurance training affects flavanone bioavailability, health, and aging.

The Impact of Weight Loss on Fatty Acids and Overall Health