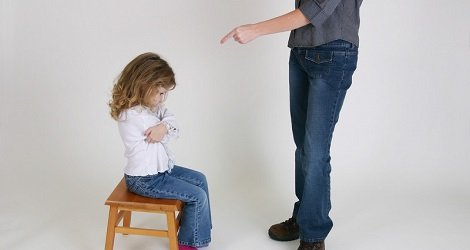 Developmental psychologists have been interested in how parents impact their child for a long time. Current medical research has long accepted that child development is greatly influenced by parenting style. Their confidence, education level, happiness and self-control are all impacted by the style of parenting. However, the relationship between child and parent is complicated because researchers have a difficult time of finding actual cause-and-effect links between specific actions of parents and future outcomes in children.

A new study, published in Social Science & Medicine has reported of a successful cause-and-effect link between specific parenting actions and a child’s future behaviour. Researchers have determined that harsh, abusive and rejecting behaviour from a parent increases a child’s risk for a higher BMI (body mass index) as an adolescent.

BMI (which is also known as the Quetelet index) is a measure of an individual’s health, using their weight and height. It measures the amount of tissue mass (i.e. muscle, fat, and bone) in an individual and rates them as underweight, normal weight, overweight, or obese, based on that value. Many medical practitioners use a BMI to assess one’s level of health and to determine if they are healthy for their height, age and gender.  A high BMI has been linked to a number of medical complications, including heart problems, complications with the reproductive system, sleep disorders, cancers, gallstones, mental disorders and high blood pressure levels.

Researchers of this study looked at the effects of harsh parenting on future BMI scores for their children, and the degree to which warmth from the other parent buffered these prospective health risks.  Previous research has shown that warmth from a parent will induce proper emotional regulation in a child and lower their stress response; but how this parenting style will protect children from the effects of a harsh parent has yet to be tested. 451 children and their parents participated in the study and were followed for 8 years (grade 7 to age 20). Family interactions were observed during the early years of the study to assess the level of harshness in parents and physical health of the child was assessed throughout the study.

Taken together, these results show that both a harsh parenting style alone, or in conjunction with warmth from the other parent, can greatly influence the BMI and physical health of their child in the future. Current research suggests that the best methods of ensuring  a healthy future for your child (both physically and mentally) is through warmth and nurturing while they are still developing.