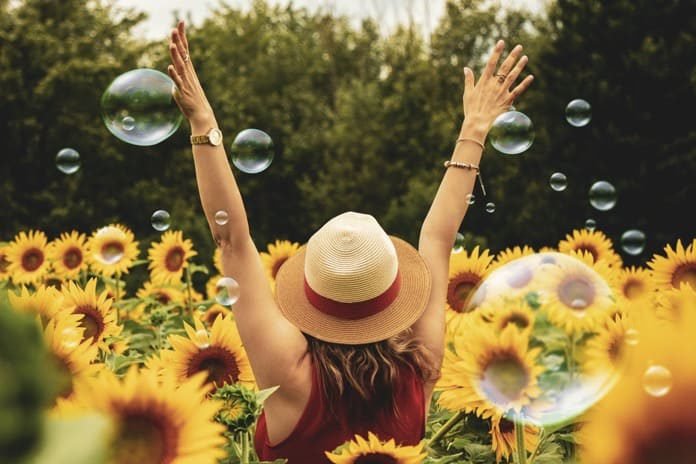 Many people wonder how to live longer, healthier lives. A recent study asked if happiness truly does affect how long we live.

Modern medical treatments have allowed us live longer, healthier lives. But many people would still like to know how to live longer, allowing them to spend more time with their friends, family, and participating in the activities that they enjoy. Doctors will tell you that a healthy lifestyle will help extend your lifespan. But we also hear that being happy will keep you healthier and alive for longer.

Is there scientific evidence that happy people live longer?

There have been many studies investigating the link between happiness and lifespan. Some studies have found that happier people do live longer, but this protective effect of happiness disappears once the researchers accounted for other factors such as health and lifestyle. In other words, happiness and good health often go together, and it is not clear if just changing your attitude alone could have any effect on how long you live.

If happiness is linked to so many other factors, any study investigating happiness needs to take those factors into consideration as well. A recent study in Singapore attempted to do just this. The results were published in the scientific journal Age and Ageing.

The researchers interviewed almost 5,000 Singaporean adults who were at least 60 years old. The researchers collected information about the participants’ lifestyle, health and socioeconomic status and, most importantly, how happy they felt. Study participants who said that they “often” felt happy, enjoyed life and felt hope for the future were counted as happy.

After the interview, the researchers kept track of the study participants for six years. They noted if, and when, any of participants passed away.

The researchers then tried to correct for the other factors that could influence both happiness and lifespan. For example, to correct for a lifestyle factor such as alcohol intake, they separated study participants who consumed larger amounts of alcohol from those who consumed smaller amounts. They then compared mortality rates and happiness within each group. This means that they can see if there is an effect of happiness that is independent of alcohol consumption. They repeated this analysis for the participants’ health status, physical activity level, social involvement, education, and many other factors.

Even after correcting for all these health, lifestyle and socioeconomic factors, happier older adults were still 19% less likely to die during the study period.

Not everyone is happy all the time. Were adults who were happy some of the time longer lived than those who were rarely happy? To answer this question, the researchers created a ‘happiness’ score based on whether the participants answered “never”, “sometimes” or “often” to the interview questions about happiness.

How to live longer: Is happiness the key?

This study went to great lengths to account for other factors that could coincide with increased happiness, such as health and socioeconomic status. Even so, the greatest weakness of this research was that it was strictly observational. In other words, it showed that happy adults lived longer, but did not prove that happiness was directly responsible for that increased lifespan. The researchers called for new studies that would actively increase the happiness of participants, and see if this could directly increase lifespan.

For many of us, “how to live longer” may be a less important question than “how to live better”. Fortunately, even if happiness does not guarantee a longer life, it almost certainly guarantees a better one.

Other studies have shown that individuals can make themselves happier and improve their psychological well-being with behaviours such as expressing gratitude, focusing on the ‘good’ things that happen to you, and identifying and using one’s strength of character. Even if these acts do not make you live longer, they will still make your remaining time more enjoyable.