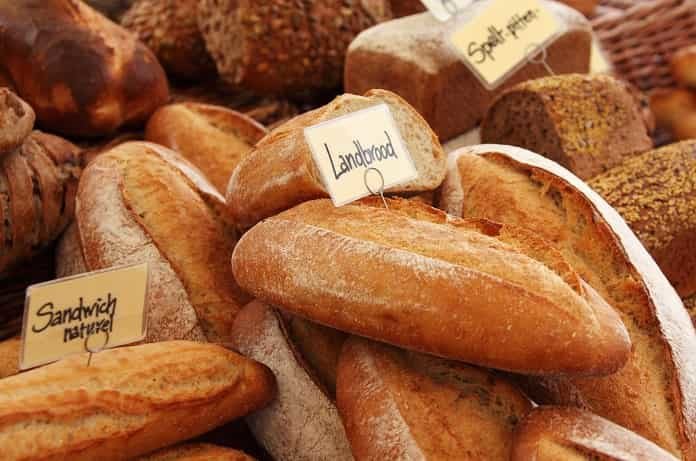 The way in which bread affects our bodies is not well understood and debate continues about which kinds of bread are healthier. Korem and colleagues published a study in Cell Metabolism showing that the gut microbiome plays a key role in determining the health benefits of particular kinds of bread.

Although bread comprises a significant portion of most human diets, little is understood about how different kinds of bread and flour are interacting with our bodies. In particular, the way bread is made today is very different from how it would have been made even two hundred years ago. The relative benefits of different ingredients remain unclear, although many studies have found significant positive effects on health from consuming whole grains and whole grain flour, and from consuming wild yeast (used in sourdough) when compared to baker’s yeast (used in mass-produced bread). One way through which these effects may take place is through the post-prandial glycemic response—the body’s blood sugar response after the consumption of food.

The study included 20 healthy adults who were randomly assigned to eat industrial white bread or artisanal whole-grain sourdough bread for one week. After a two-week “washout” or rest period, each group then switched bread types for the second week of the experiment. This type of study is called a “cross over study”.  The researchers primarily measured glycemic responses, controlling for the amount of bread individuals consumed. They also collected data on typical levels of bread and carbohydrate consumption in the week before the study began. The research participants were instructed not to consume other wheat products during the experiment, including other kinds of bread or pasta. The researchers also sequenced the gut microbiome of the research participants using stool samples collected at baseline and at the end of each experimental week.

Participants consumed a significantly higher proportion of calories from bread during the experiment than under normal conditions. This resulted in changes to many different variables, including decreases in low-density cholesterol, iron, calcium, and magnesium levels and an increase in inflammation markers. There were no significant differences in the glycemic responses between groups eating either industrial white bread or artisanal whole-grain sourdough bread.Surprisingly, they found instead, the research participants varied individually in their glycemic responses to industrial white bread or artisanal whole-grain sourdough bread. The researchers were able to predict these individual responses based on the participant’s gut microbiome. Finally, individuals did not experience changes to their gut microbiomes after consuming these greater quantities of bread, contrary to other studies focusing on animal-, plant-, or whole grain-based products.

The results of this study suggest that, in the future, we may be able to make personalized recommendations about bread consumption and other food consumption based on gut microbiome data. In particular, Korem and colleagues suggest that nutritional guidelines that classify some foods as “healthy” and “unhealthy” may need to better take into account differences between individual people.