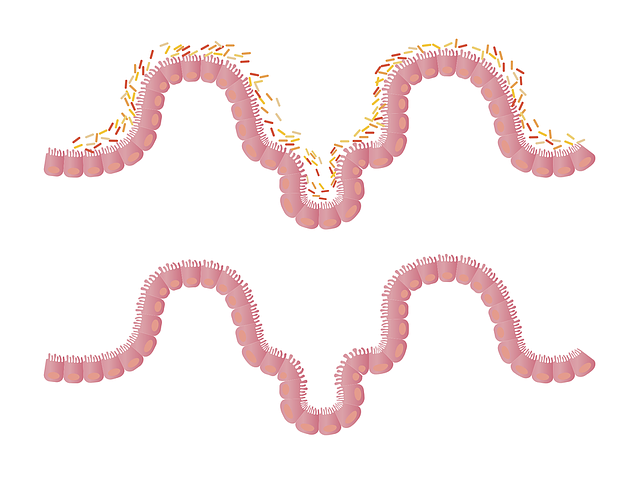 According to a new study, the intestinal immune system may mediate insulin resistance during obesity.

The gut is an important contributor to obesity and its associated complications. Not only is it colonized by trillions of bacteria, but the gut microbiome also interacts with populations of immune cells that coexist within the intestine. Termed the intestinal immune system, these immune cells and their secreted by-products regulate the integrity of the gut lining.

Obesity is characterized by a state of low-grade inflammation within metabolic tissues like fat deposits, the liver, and the brain. An active area of scientific investigation concerns how changes to gut immunity may mediate whole-body inflammation during obesity. It is known that the consumption of a high-fat diet can disrupt the gut microbiome – known as dysbiosis. Microbial dysbiosis can impair gut immune function, allowing bacteria to “leak” through the intestinal wall. This results in downstream inflammation that drives symptoms such as insulin resistance, a precursor to diabetes.

In a new study published in Nature Communications, researchers at the University of Toronto showed how B cells, a type of immune cell found in the intestine, are implicated in the development of obesity and insulin resistance.

“We discovered that during obesity, there are lower levels of a type of B cell in the gut that make an antibody called IgA,” said lead author Helen Luck.

“IgA is naturally produced by our bodies and is crucial to regulating the bacteria that live in our gut. It acts as a defense mechanism that helps neutralize potentially dangerous bacteria that take advantage of changes to the environment, such as when we consume an imbalanced or fatty diet.”

To confirm the role of IgA in metabolic control, the authors also assessed IgA content following surgical and pharmacological interventions for obesity. Obese mice treated with the clinically relevant glucose-lowering agent, metformin, had higher levels of fecal IgA than untreated controls.  In human patients who received bariatric surgery, there was a rise in post-surgery fecal IgA that correlated with improved metabolic symptoms.

Broadly, this research supports the role of the intestinal immune system in obesity and diabetes. The next steps would involve developing therapies to increase IgA-producing B cells in the treatment of metabolic conditions.

Image by LJNovaScotia from Pixabay