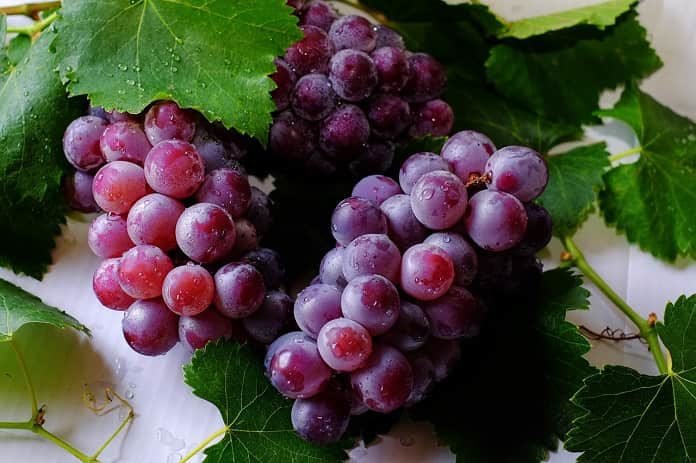 Are the best foods to prevent cancer grapes and red wine? Researchers recently investigated the effectiveness of an inhaled version of resveratrol, a naturally occurring compound found in grapes and red wine, for preventing lung cancer.

With so much information readily available today, it is hard to know which articles to follow regarding the best foods to prevent cancer. One of the most well-known natural products studied for its cancer-preventing properties is resveratrol. Resveratrol is commonly found in grapes, peanuts, berries, and yes—red wine. However, while it has been shown to be effective in preventing and fighting cancers in the digestive tract, it has shown no effect on lung cancer. Researchers suggest this is because when resveratrol is ingested, it is metabolized very quickly and eliminated by the body within minutes. Therefore, it does not have enough time to actually reach the lungs.

Lung cancer is the deadliest form of cancer in the world

Accounting for 1.69 million deaths globally in 2015, lung cancer is the deadliest form of cancer in the world. With 80% of deaths linked to smoking, it remains the major risk factor for developing lung cancer. In conjunction with strategies to reduce the use of tobacco, effective cancer prevention, and early diagnosis strategies are needed to tackle this lung cancer epidemic.

There have been some significant advances made in early diagnosis that have reduced deaths due to lung cancer by 20%. However, lung cancer prevention strategies are still under development and none have been validated for clinical use.

Therefore, the challenge lies in finding new prevention strategies. One potential method is to find a way to administer resveratrol in large quantities and allow it to reach the lungs. Hence, scientists in Switzerland recently looked at the nasal administration of resveratrol to assess the effectiveness of preventing lung cancer caused by a carcinogen found in cigarette smoke. They used a mouse model to conduct their 26-week-long study. Their findings were recently published in Scientific Reports.

The results showed a decrease in the amount and size of tumours per mouse in group three who received the resveratrol treatment compared to the untreated mice in group two. In group four mice received treatment but no carcinogen, resulting in 63% of the mice not developing cancer. However, only 12.5% of the control group did not develop cancer despite also not being exposed to the carcinogen.

Resveratrol may be of little interest to pharmaceutical companies

Given resveratrol is found in foods such as grapes and many food supplements, a study assessing its safety is not required to commercialize it as a preventative treatment for lung cancer. However, even though these results are promising, the researchers note that because resveratrol is a simple and non-patentable compound, it is of little interest to pharmaceutical companies as it offers them limited economic benefits.

Nevertheless, the results are encouraging and provide insights for further research on alternative administration methods and the use of resveratrol. Therefore, consuming the best foods to prevent cancer such as grapes and red wine which are high in resveratrol may be the only way for now to access this cancer-preventing compound.

How Much Protein Per Meal Do You Need for Building Muscle?