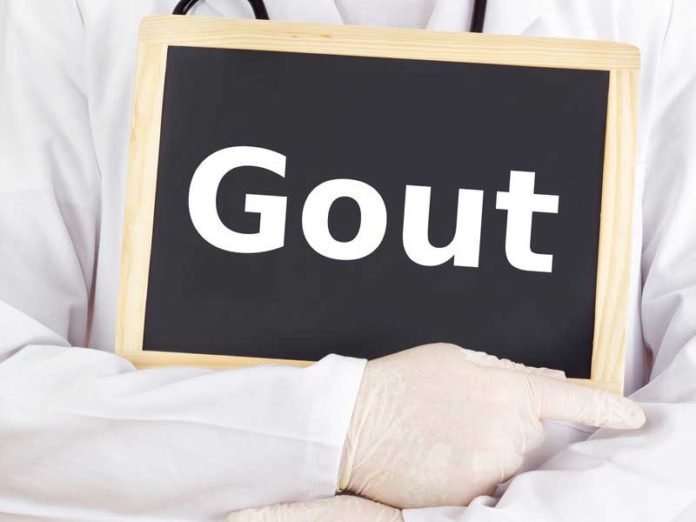 Gout is a complex form of arthritis. It leads to sudden, painful attacks of swelling, stiffness and tenderness in a joint or joints (usually in the big toe). If left untreated, gout will recur, and can lead to joint, tissue and tendon damage. 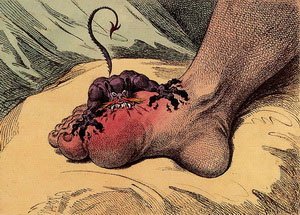 Gout often suddenly shows up as a very painful, swollen, red and tender joint. This is usually the large joint of the big toe, but can also happen elsewhere in the feet, knees, ankles, hands and wrists. Affected joints experience a limited range of motion.

The pain is the worst in the first 4 to 12 hours after an attack. Discomfort in the affected joint can last for days to weeks after the initial pain subsides. Severe attacks can lead to discomfort for up to a month. Skin around the joint can peel and itch as it recovers. For recurring attacks, more joints may be affected, with pain lasting longer.

Uric acid is produced by the body’s breakdown of chemicals called purines, which naturally occur in the body, and are also found in foods including meats and seafood. Consumption of beverages including alcohol and fruit juices high in fructose (fruit sugar) also increases levels of uric acid in the blood.

The risk of developing gout depends on the levels of uric acid in the blood. Anything that increases uric acid levels also increases the risk of gout. Some factors include:

Gout can lead to more severe complications, including: 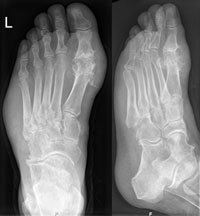 Gout can be diagnosed in several ways, including:

Home treatments for an acute attack include:

There are several medications for the treatment of gout. They can be used to treat acute symptoms (pain and inflammation), prevent attacks in the future, or prevent long-term effects such as the formation of tophi, joint damage and kidney damage.

To treat acute attacks and prevent future ones, medications include:

Medications are also available to prevent complications from gout, including having frequent attacks or especially painful attacks. These kinds of medications include

Changes in lifestyle can also reduce the risk of experiencing a gout attack, including: