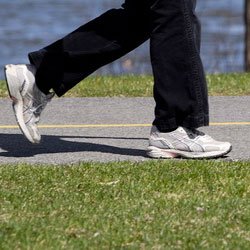 If you’ve been diagnosed with gout, you may be at a loss for how you can manage the agonizing pain and resume to your normal life. This article takes a look at how you can make simple lifestyle changes to aid in your management of gout.

Gout is a type of arthritis that results when a by-product of digestion known as uric acid is over-produced by the body, or cannot be cleared out of the body by the kidneys properly. Excess blood uric acid (hyperuricemia) can accumulate in the body and lead to the formation of uric acid crystals in joints. These uric acid crystals are identified by your body as ‘foreign invaders’ and are attacked by your immune system. This ‘attack’ results in intense pain, swelling and inflammation (often described as sharp, intense or burning).

If you have been diagnosed with gout, your doctor may have advised you to cut down on red meat and seafood. The reason for this is because these foods have high concentrations of a compound called purines which are often found in protein-rich foods and are broken down into uric acid during digestion. You were probably advised not to drink alcohol such as beer or wine, the reason for this being that alcohol prevents the kidneys from flushing out uric acid and releasing it out of the body through urine.

However, just because a food has high purine level, doesn’t mean it will trigger a gout attack. Scientists believe that the relationship between food and gout is complex and depends on factors such as the bioavailability of food, or the ability of the food to reach the circulation and cells after digestion. To further confuse things, it appears that purines that come from vegetable sources such as lentils and tofu are less likely to trigger an attack than those that come from animal sources.

Luckily, scientists have identified some key foods that should be avoided:

Additionally research suggests that the consumption of low-fat dairy products can help prevent symptoms of gout. The following foods can also be incorporated in a healthy diet:

It is also important to:

Although you generally ice an inflamed and swollen joint, you may want to reconsider icing a joint afflicted by gout since cooler temperatures can promote uric acid crystal formation. Additionally be sure to avoid heating an inflamed joint, since the pain will not subside the way some other types of pain may as a result of heating. Try taking a pain killer (avoid aspirin, as it may actually make the pain worse and increase uric acid levels) and resting the joint instead.