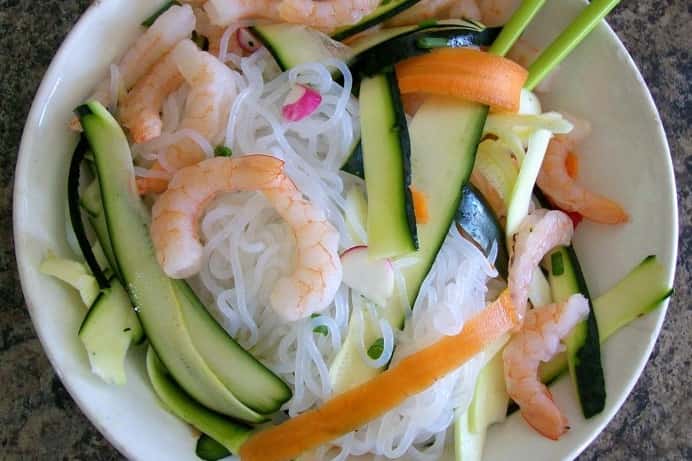 Regulating body weight is a constant challenge for many, with three in five Canadians adults overweight in 2015. Prolonging satiety, the satisfying feeling of being full, is one of the key goals for dietary management as the ability to endure hunger is a predictor of long-term success for weight loss and maintenance. Therefore, finding foods which help you feel full for longer (appetite suppressants) is pivotal. One food which is showing promise is glucomannan, a soluble fibre from the konjac root that has long been a traditional food in Eastern Asia.

We all know the two main factors which contribute to an increase in body weight is overeating combined with not enough physical activity. Despite increased awareness of dietary and lifestyle approaches to weight management though, for most the toughest part of adhering to diets which are energy-restricted is enduring hunger. Currently, there are various dietary approaches which have emerged to potentially help an individual with their weight through hunger management.

One such approach is increasing an individual’s intake of low energy density foods – that is, increasing the volume of foods low in calories, or energy, such as fruit, vegetables and lean protein to help them feel fuller for longer. As dietary fibre and water have zero calories, foods which contain these have a lower energy density, as opposed to fat which is typically higher in calories, and therefore food with that has a higher fat content is also considered energy-dense.

Can Shirataki Noodles do the Trick?

One of the toughest parts of increasing low-density foods is having to make significant dietary modifications, with few alternatives available. However, glucomannan, a highly viscous, low energy food made from dietary fibre is showing a lot of potential as it can form a strong gel that can be shaped into various foods such as noodles, commonly known as shirataki noodles. As it is approximately 97% water and has a neutral taste, it presents as a potential substitute for similar high energy density foods without changing the sensory characteristics or size of the meal.

Despite the increased interest and promising potential of glucomannan, no previous studies in a controlled clinical setting have investigated the role of glucomannan foods and its effect on both energy intake and satiety. Therefore, Canadian researchers conducted a randomised, controlled clinical trial which included sixteen healthy individuals with an average age of 26 years that had a stable weight for the previous two months before the trial. Their results were recently published in the British Journal of Nutrition.

On average, participants who received the meal with only glucomannan-gel noodles reported significantly higher hunger levels (31%) compared to the control (all pasta). They also reported to be on average 19% less full and therefore 28% more likely to consume subsequent food compared to the individuals who received half and half.  However, the average desire of a participant to eat was not observed to be significantly different between the different meals. This means that replacing wheat noodles with glucomannan noodles did not lead to increased subsequent energy intake to compensate.

Given that the tastiness across all of the meals was similar, the substitution of glucomannan-gel noodles for pasta in this trial resulted in a reduction of cumulative energy intake without compromising the satisfaction or sensory characteristics of the meal. Also, due to the high fibre content and low energy density of glucomannan-gel noodles, replacing it with common foods such as pasta (which is a high carbohydrate and energy-dense food) shows promising potential as an alternative for those trying to regulate their body weight. With the substitution, they could remain satisfied and regulate subsequent food intake without changing the size of the meal.

Future studies with a larger sample size, beyond the healthy population, are required to elucidate whether the energy deficit from partially substituting foods with glucomannan does have relevance for inclusion diets aimed at weight loss.