Originating in southeast Asia, the root of the ginger plant is one of the most commonly used spices in the world. In addition to its use in cooking, ginger root has been used as a herbal medicine for thousands of years. Here we review some of the clinical evidence for use of ginger supplements as a natural treatment.

There are at least fourteen known bioactive compounds that can be found in the ginger root, which can vary depending on source and form.

Ginger supplement review – what are the claims?

Ginger root extract as a natural remedy is typically associated with its ability to reduce nausea and vomiting commonly associated with motion sickness or pregnancy-associated morning sickness. However, researchers have been investigating the potential for ginger to be used as a supplement for a variety of conditions due to its potential anti-inflammatory, antioxidant, and analgesic effects.

A clinical trial investigating the effects of ginger supplementation in patients with rheumatoid arthritis reported some favourable results. A total of 70 patients with rheumatoid arthritis were included in this randomized double-blind placebo-controlled clinical trial. The patients were divided into two groups; one group was given supplementation in the form of ginger powder (1500mg), while the other group was given a placebo. Each group took their assigned supplements each day for a twelve-week period.

Before and after this twelve-week period, the researchers assessed the patients for markers of inflammation – as an indicator of the effects of the ginger supplement. The study found that supplementing with ginger was associated with beneficial changes in markers of inflammation as well as reductions in rheumatoid arthritis disease activity scores.

Three clinical trials investigating ginger supplementation for knee osteoarthritis have provided positive results. Two of the clinical trials compared patients with knee osteoarthritis who were assigned to take 500mg of a ginger powder supplement with patients who took a placebo supplement, for a three-month period. After three months of taking ginger, there were significant improvements in markers of inflammation – with pro-inflammatory molecules reduced in patients who were taking the ginger supplements.

In another double-blind randomized controlled trial, participants with knee osteoarthritis were given either a 1g powdered ginger supplement or a placebo, for a total period of eight weeks. In this study, researchers assessed the effects of ginger using the Knee Injury and Osteoarthritis Outcome Score – which is a questionnaire used to assess outcomes following knee injury. This study did not report improvements in joint pain or quality of life compared with participants who were not taking the ginger supplement. There were, however, no significant side effects noted at this dose.

Another randomized double-blind, placebo-controlled trial enrolled 88 diabetes patients, who took either ginger (3g powder) or placebo, for a total period of eight weeks. This study reported reductions in fasting blood sugar and HbA1c, in addition to reported improvements in insulin resistance.

Ginger supplements have even demonstrated positive effects at lower levels. A clinical trial that treated patients with a 1600mg ginger supplement reported reductions in fasting glucose, HbAc1, insulin, and cholesterol when compared to patients in the placebo group.

Ulcerative colitis is associated with significant oxidative stress, leading researchers to investigate whether the antioxidant activity of ginger may be beneficial for patients with this condition. Patients with ulcerative colitis were given ginger powder (2g per day) for a 12-week period, and compared to patients who were taking placebo for the same amount of time. This study reported significant improvements in disease severity scores and quality of life scores at the 12-week timepoint for patients who were taking the ginger supplement, suggesting the possibility of this supplement to benefit patients with mild-moderate active ulcerative colitis.

Are there any side effects of taking ginger?

A review of these studies suggests typical side effects of ginger supplements should be anticipated, which may include bloating, gas, abdominal pain, diarrhea, and heartburn.

Image by siala from Pixabay 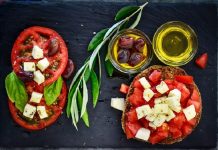 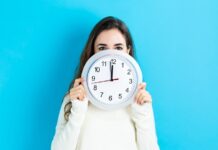 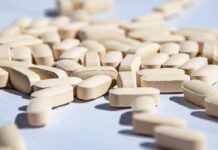