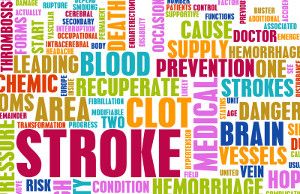 Bacteria located in the small and large intestines are capable of influencing our immune system, according to a new study published in Nature Medicine. These microbes affect stroke severity by decreasing the presence of pro-inflammatory cells in the brain, proving they have a strong impact on the outcome of acute brain injuries.

The gastrointestinal (GI) tract (which encompasses the small intestine, large intestine, and stomach), is host to foreign bacteria which outnumber our own cells by 10 to 1. These “beneficial” bacteria are responsible for helping our bodies properly digest carbohydrates and vitamins, prevent allergies, and compete for space in the GI tract to suppress the growth of harmful bacteria. Bacteria in the GI tract have also proved to have a strong influence on our immune system, and as a consequence, an influence on the outcome of acute brain injuries, such as strokes.

Strokes (a sudden rupture in a blood vessel within the brain) are the 4th leading cause of death in the United States and their severity is influenced by the body’s immune system. As part of the immune response, inflammation occurs at the site of the stroke and attracts neurotoxic factors which in turn, degrade the neurons.

A recent study published in Nature Medicine studied the effects of GI tract bacteria on stroke severity. Researchers have discovered that changing the composition of bacteria in the GI tract in mice was able to reduce stroke damage by 60%. Through introduction of antibiotics, researchers were able to change the types and ratio of bacteria that were present in the GI tracts of mice. Researchers discovered that this new bacterial composition was able to influence dendritic cells (cells responsible for initiating an immune response). Dendritic cells were influenced to activate T regulatory cells (immune cells that have suppressive activity) while inhibiting the activation of T effector cells (immune cells responsible for inducing an inflammation response). After experiencing a stroke, mice with altered bacterial composition in their GI tracts had more T regulatory cells than T effector cells at the stroke site, resulting in a weaker inflammation response and therefore, stronger neuroprotection.

By reducing the level of inflammation during the immune response following a stroke, bacteria in the GI tract are able to reduce the damage of a stroke. Researchers are hoping that these results can be used in order to help stroke patients during their recovery. They also hope these results can be used to study an individual’s GI tract bacterial composition, to better predict stroke severity.

What is the effect of maternal prenatal stress on childhood mental...