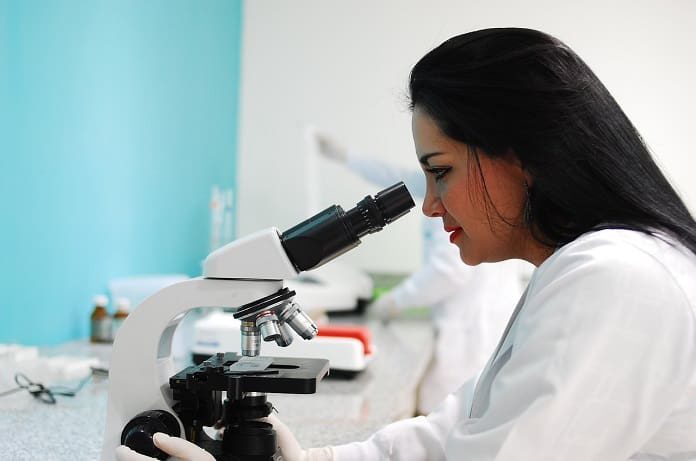 Duchenne muscular dystrophy (DMD) is an incurable disease that causes heart and skeletal muscles to deteriorate. This is due to multiple genetic mutations, including large deletions, duplications, or small sequence changes, in the dystrophin gene. Patients with such genetic mutations do not produce dystrophin, a protein important for keeping muscle cells intact. Without dystrophin, muscle cells do not link together correctly and muscles deteriorate.Affecting 1 in 5000 males, Duchenne muscular dystrophy causes many severe symptoms including muscle weakness, difficulty breathing, and weakening and enlargement of the heart.

Researchers have tested a new genome-editing approach called CRISPR/Cas9 to correct the genetic mutations associated with Duchenne muscular dystrophy. CRISPR/Cas9 is normally part of the immune system of bacteria but has been modified to edit other genomes. Using “guide RNA,” the CRISPR/Cas9 system can cut a genome at a desired location allowing researchers to replace faulty genes with new ones. So far, this technology has been successful in correcting single-base mutations in the dystrophin gene.

Using stem cells and mice, the researchers generated three cell lines representing three types of Duchenne muscular dystrophy mutations, including large deletion and duplication mutations. They were able to correct these mutations using their optimized CRISPR/Cas9 system in many of the cells. To be effective, the researchers found that if even 30-50% of the cells were corrected, muscle function was restored to normal or near-normal levels.

This approach offers hope to the many patients suffering from Duchenne muscular dystrophy. Human clinical trials have received approvals in China and the United States. However, more research is needed to make sure these genome edits do not cause unexpected mutations outside of their target areas.