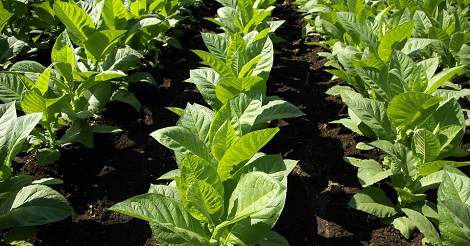 Malaria is caused by the parasite Plasmodium, which is transmitted through mosquitoes. Symptoms of malaria include headache, and vomiting, and fever and generally appear between 10 and 15 days after the mosquito bite. Without treatment, malaria can rapidly become life-threatening by affecting the blood supply to crucial organs. Malaria is by far the most deadly tropic disease worldwide. Millions of people globally are affected by it, largely in Asia and Africa, with nearly half a million deaths annually.

The only effective treatment for malaria — artemisinin combination therapies — all contain the drug artemisinin, which is naturally found in an Asian plant called Artemisia annua (sweet wormwood). However, the amount of artemisinin in Artemisia annua is fairly low and the need for this drug exceeds the supply of the plant. The current most efficient heterologous plant system (that is, other than Artemisia annua) for artemisinic acid (the precursor of artemisinin) is a relatively expensive process and produces artemisinic acid at low levels. Since the production costs of artemisinin are high and artemisinin combination therapies are too expensive to be widely accessible to many of the people in areas that are most badly affected, researchers have been searching for new ways to produce this drug. A more inexpensive and sustainable source of the drug could potentially be provided by genetically modifying crop plants to produce artemisinin or related compounds.

Inside cells of plants, the nucleus contains DNA that encodes most of a plant’s genes, but chloroplasts and mitochondria also contain some DNA. Existing strategies for genetically modifying plants are able to insert a few genes into either the chloroplasts or the nucleus at a time. However, the production of artemisinin in Artemisia annua includes several different genes that act at different steps of the process, and the exact functions played by many of them remain uncertain.

To tackle this problem, researchers from the Max Planck Institute of Molecular Plant Physiology have developed a new method for genetically modifying tobacco plants, allowing the insertion of many of the Artemisia annua genes into the plants at the same time, rather than one-by-one. This process, detailed in the journal eLife, can produce high levels of artemisinic acid (the molecule from which artemisinin is derived) in chloroplasts of tobacco, a crop that is fast growing and that produces at very low cost, high amounts of biomass. The method, referred to as COSTREL (combinatorial supertransformation of transplastomic recipient lines), uses the scientists’ ability to insert new genes into both the chloroplast and the nucleus of the tobacco plants in such a way that tobacco can replicate the biochemical process that creates artemisinic acid and ultimately produce artemisinin. In the first step of the process, researchers transferred the genes of the artemisinic acid pathway’s core set of enzymes into the chloroplast genome of tobacco plants, producing what are known as transplastomic plants. These genes code for all the proteins involved in the metabolic pathway to produce artemisinic acid in Artemisia annua.

After the researchers experimented with different arrangements of the genes in the chloroplast, they used the transplastomic plant line that had the greatest amount of artemisinic acid to introduce a variety of new genes into the nuclear genome, generating the COSTREL lines. These additional genes help to regulate the process in ways that are not yet understood and are not strictly needed to produce the drug. The experiments produced hundreds of plant lines that each had different gene arrangements and additional genes. The researchers analyzed these lines and were able to identify the most productive plants that could produce artemisinic acid in large amounts, which can be extracted from the plants and converted into artemisinin by simple chemical reactions.

As artemisinin combination therapies remain the most powerful weapon in the fight against malaria and no alternative to artemisinin derivatives is anticipated to enter the market in the foreseeable future, there is an increasing demand for artemisinin combination therapies (and therefore the drug artemisinin). The findings of this study have established tobacco as an efficient production factory for artemisinic acid, the precursor of artemisinin, and have set the foundations for an efficient way to produce this life-saving drug. Since Artemisia annua produces artemisinin only in a very small portion of the leaf cells, COSTREL tobacco lines produce it in their chloroplasts and thus the whole leaf. Given tobacco’s high biomass and speedy growth, this invention will allow the drug to be produced in large quantities at a low cost, making it possible for the development of a sustainable plant-based platform for the production of an anti-malarial drug. In the future, the COSTREL strategy could also be used to genetically engineer other complex pathways into plants, with the possibility of increasing production of other important therapeutic drugs.