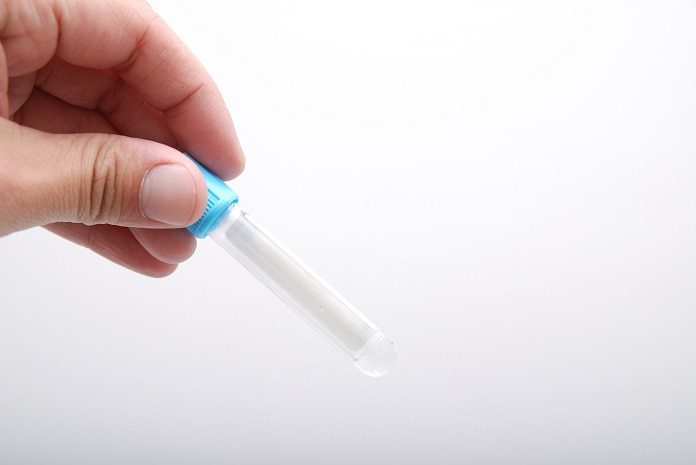 The American Cancer Society estimates that 96,480 new melanomas will be diagnosed in the United States in 2019. They expect around 7,200 people will die from melanoma in the US in 2019. Melanoma rates have also been on the rise for thirty years. (1)

Does melanoma risk have a genetic component?

Melanoma represents a very real and growing cancer risk. Approximately 10% of melanoma cases are thought to be due to a heritable genetic mutation (2). One of the high-risk genes identified in familial melanoma cases is the CDKN2A gene. Up to 40% of familial cases of melanoma will exhibit a mutation in this particular gene (3). Advances in genetic testing mean that people possessing this specific gene mutation can now be identified quickly and reliably.

It’s fair to hypothesize that using genetic testing to identify and warn the people at greatest risk of developing melanoma could help to reduce the number of people who will actually develop melanoma. With this in mind, a new study published in the journal Genetics in Medicine examined whether being told about the presence of a gene mutation that increases the risk of developing melanoma resulted in participants reducing their sun exposure (4). This study, led by researchers at the Huntsman Cancer Institute at the University of Utah, examined whether getting a “concrete and highly personalized” warning based on the results of a gene test would be more effective at reducing sun exposure than counseling alone.

How can we use this genetic risk factor to reduce melanoma rates?

The research team began by identifying families with three or more family members who had previously been diagnosed with melanoma. From these melanoma-prone families, they recruited participants aged between 16 and 70 years. They divided the participants into two groups. Individuals in both groups received counseling on the risk of melanoma, a review of their family history, and advice about reducing sun exposure.

This group of participants (the experimental group ) was e then tested and told whether or not they carry a pathogenic mutation in the CDKN2A gene. Another group of participants (the control group) was not tested and as a result, did not know if they specifically carried the high-risk gene mutation. The researchers measured changes in daily ultra-violet radiation (UVR) exposure, skin pigmentation, and sunburns between baseline and follow up one year later.

What impact did the testing have?

What does this mean?

This particular aspect of the results muddies the waters in terms of the implications for practice. Testing and identifying the patients with the greatest risk produced the greatest reduction in UVR exposure. But only in this group. The results showed that if the participant is tested and found to be negative, it is better not to tell them as the negative test appears to negate the effect of counseling.

If it becomes standard practice to test everyone, but only give the results to those who test positive, anyone who doesn’t get the results back will surmise that they have tested negative. Given the participants who tested negative displayed no reduction in UVR exposure, the testing, therefore, carries an element of risk. Overall, however, the study demonstrated a clear benefit in terms of changing the behaviour of the highest risk participants (carriers). But it will be important to explore ways to reduce the impact a negative test result has on risk-reducing behaviour.