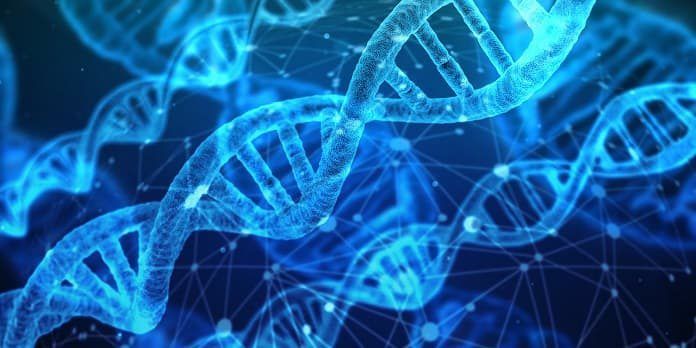 In a recent study, researchers explored the relationship between genes, the environment of the womb, and the risk of schizophrenia.

Around 1% of people worldwide live with schizophrenia, a mental disorder in which an individual may experience delusions, hallucinations, severe depression, or disorganized thinking, speech, or behaviour.

Though the development of schizophrenia has been linked to a diverse set of genetic factors, evidence suggests the environment within the womb and stressful early life experiences may also contribute. In particular, infections during pregnancy and birth complications such as pre-eclampsia have been shown to increase the risk of schizophrenia in children. An improved understanding of how the environmental factors surrounding pregnancy and early life affect the genetic risk of schizophrenia could reveal new avenues for the disease’s treatment and prevention.

In a recent study published in Nature Medicine, researchers explored the impact of environmental factors surrounding pregnancy and early life on genetic risk of schizophrenia, with emphasis on the risk associated with genes involved in the function of the placenta. They calculated genetic risk based on a polygenic risk score (PRS), which is an estimate taking into account the individual risks associated with a subject’s schizophrenia-linked genes.

The most common severe early-life conditions (ELCs) examined were pre-eclampsia and intrauterine growth restriction (IUGR). Preeclampsia is when the mother’s high blood pressure can damage organs such as the liver or kidneys, potentially limiting fetal growth, causing the placenta to separate from the uterine wall prior to delivery, or pre-term birth. IUGR is when the fetus develops slower than normal, will likely have a low birth weight, and in rare cases is born with impaired vision or motor control.

To first confirm that the interaction between early-life environmental factors and genes affect schizophrenia risk, the genetic risk and early history of 234 American adults with schizophrenia (patients) and 267 without (controls) were assessed.

A subset of genes was significantly associated with schizophrenia risk

Genes not associated with schizophrenia were also identified

Genes with weak or no association with schizophrenia – designated PRS3 through PRS10, with PRS10 genes having no association – were not found to have any association with ELCs.  These findings were then reproduced in an addition 1,804 patients and 580 controls in Italian, German, and Japanese study populations.

How do these genes affect activity in the placentas?

PRS1 and PRS2 activity were also higher in the placentas of male fetuses than in female, particularly in pre-eclamptic births, which may in part explain why schizophrenia symptoms tend to be more severe in adult males than in adult females.

These findings suggest early-life complications such as pre-eclampsia or intrauterine growth restriction significantly increase schizophrenia risk in genetically-susceptible individuals. Moreover, it was found that genes associated with schizophrenia in such individuals are also highly active in cases of placental abnormalities, especially in male children.

Though the results were reproduced in German and Japanese subjects, gene variants do exist in different proportions across populations, and as such reproducing these findings with subjects from additional ethnic backgrounds (e.g. African or Southeast Asian) would strengthen their validity.

Further study will also be required to reveal the biological mechanisms by which early life complications and genes related to placental function affect schizophrenia risk, such as how brain development may be altered by pre-eclampsia or by the activities of PRS1 and PRS2 genes later in life.