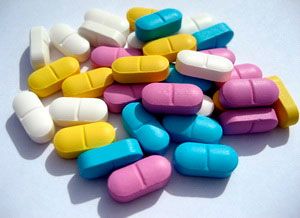 The release of pseudo-generics, or ‘fake’ generic drugs, allows drug developers to maintain market share over a niche market of drug consumers, but also challenges the ability of generic companies to compete in the industry.

Generic drugs were first implemented following the Hatch-Waxman Act in 1984 which allowed generic drug manufacturers to produce ‘copycat’ drugs with less fear of legal repercussions from drug innovators. Since the drug development process can span over 15 years, drugs that have been approved by Health Canada and the FDA are awarded a 20-year patent that provides the manufacturer exclusive rights to sell the drug (referred to as market exclusivity) and to make back some of the money they spent before other companies can enter the market with a generic version. When a drug patent expires, all other companies are free to produce their own generic versions.

Patents can be extended by the innovator when new uses for the drug are presented. Drug companies often scramble to find new uses so that they can extend their patent life and be the sole providers of the drug for a longer period of time. Simultaneously, competing companies move quickly to release generic versions of drugs with closing patents in order to capitalize on consumers who are looking for generic alternatives.

In another attempt to maintain their market exclusivity, manufacturers of the brand name drug will release pseudo-generics, which are identical to the brand name drug and manufactured on the same production line but marketed and sold under a different name. Essentially, it is a ‘generic drug’ that is produced by the brand name company. This way, manufacturers can move quickly to infiltrate the generic drug market with little to no competition before other generic companies have time to produce their products. This is beneficial for consumers, who can get the same drug for 20-90% of its original cost, but discouraging for competing generic companies, as the market is already saturated with both the brand name drugs and pseudo-generic drugs – all made by the same company.

As a result, there is a divide between innovation and competition. Innovator drug companies strive to maintain their market share and recoup costs associated with the development process, while generic companies fight to remain competitive in the industry.

Natural remedies for the common cold