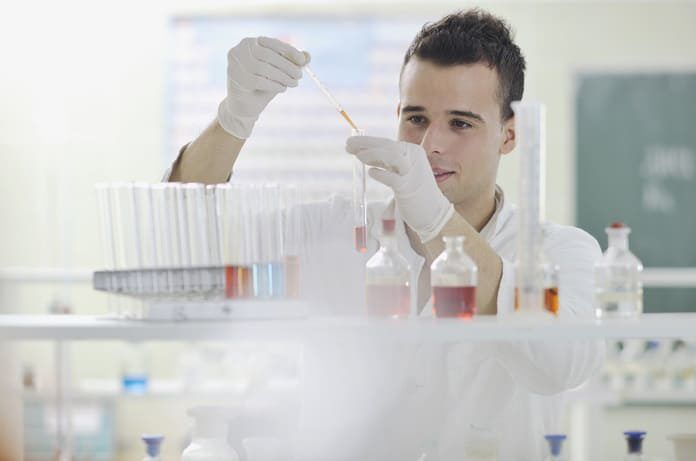 In a 2017 study, researchers examined the relationship between rare gene variants and early-onset Alzheimer’s disease risk. Variants in a number of genes were identified, including PSD2, TCIRG1, and RIN3 – genes important to endolysosomal function.

Mutations in a number of key genes have been implicated in the development of 5-10% of early-onset Alzheimer’s disease (EOAD) cases. The majority of genetic risk factors for EOAD are unknown, although there is some evidence to suggest genes and molecular pathways implicated in late-onset Alzheimer’s disease (LOAD) may also contribute to EOAD. Identifying further genetic risk factors of EOAD may lead to an improved understanding of the disease and invaluable information relevant to its screening, treatment, and management.

In a recent study published in JAMA Neurology, researchers investigated the relationship between rare gene variants and the risk of EOAD. Early-onset Alzheimer’s disease was defined as having an age at onset before age 65.

Between January 2013 and October 2016, the genomes of 51 non-Hispanic White individuals with EOAD were screened, with a particular focus on rare variants of the EOAD-linked genes APP, PSEN1, and PSEN2. These patients had previously tested negative for known variants in these genes and for having two copies of the ε4 form of APOE. Having two copies increases EOAD risk up to twelvefold.

Those with one copy of ε4 and another form – were still included. An additional 53 Caribbean Hispanic individuals – 42 EOAD patients and 11 unaffected individuals from the same 19 families – who tested negative for known variants in APP, PSEN1, PSEN2, MAPT, and GRN, were screened.

Mutations in gene SORL1 were identified across three families, two of which have members with LOAD. The mutation SORL1-Cys1431fs was found in two sisters, one of whom had an APOE-ε3/4 genotype and the other who was 69 but only had mild cognitive impairment.

PSEN1-A79V, which has been linked to Alzheimer’s disease, was found in 2 unrelated APOE-ε3/4 individuals, with AAOs of 54 and 56. MAPT-R406W, associated with Parkinson’s disease and Alzheimer’s, was found in 2 siblings and 1 unrelated individual with AAOs of 52, 56, and 61. As PSEN1-A79V and MAPT-R406W are known to affect the makeup of the amyloid-beta plaques and formation of the tau protein tangles, respectively – hallmarks of Alzheimer’s disease – these individuals were excluded from analyses going forward.

The odds of having EOAD were greater in those with a certain mutation than in those without. Three of the four patients with this mutation, however, also had a copy of APOE- ε4. Variants in PSD2, LIN37, SLC22A17, LRRC16B and HSD17B were also found in EOAD cases in unrelated people. Thirty rare variants were common between both non-Hispanic White and Caribbean Hispanic cases, including TCIRG1, which was associated with both late and early onset Alzheimer’s disease.

Of note, PSD2, TCIRG1, and RIN3 play roles in endolysosomal transport – part of a process in which cells take in and break down nutrients. Deficiencies in this process are thought to contribute to the accumulation of amyloid beta, and the findings of this study suggest certain rare variants in endolysosomal transport genes may contribute to the development of Alzheimer’s disease.

Further research will be required to verify whether cellular pathways connected to the roles of PSD2, TCIRG1 and RIN3in endolysosomal transport indeed affect amyloid-beta levels. Larger studies examining the risk of early-onset Alzheimer’s disease associated with variants of the same gene may be required to determine the contribution to early-onset Alzheimer’s disease risk for some of the rarer gene variants in this study.

All in all, this important study demonstrates that the genes PSD2, TCIRG1, RIN3, and RUFY1 may all be involved in the endolysosomal transport system, which is known to be important in the development of Alzheimer’s disease.  This study also identifies the shared genes between early and late-onset Alzheimer’s disease, such as SORL1, PSEN2, and TREM2.

Furthermore, this study identified shared risk genes between EOAD and LOADsimilar to previously reported genes, such as SORL1, PSEN2, and TREM2.