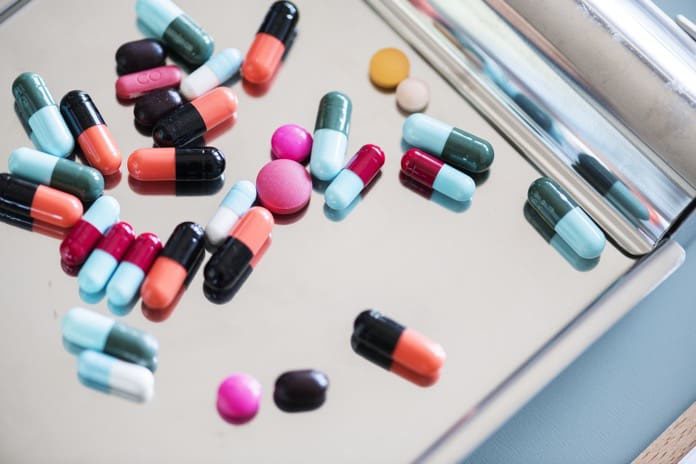 Researchers analyzed the evidence from past trials examining gastroprotectant drugs in peptic ulcer disease to evaluate their overall benefits.

Although proton pump inhibitors are currently recommended as the first choice of gastroprotectant drug, there is limited information on the effects of gastroprotectants in different clinical settings. To fill this gap in knowledge, researchers in the United Kingdom performed a meta-anlaysis of past trials and published their findings in The Lancet Gastroenterology & Hepatology.

The researchers searched and identified eligible trials between 1950 and 2015 that were unconfounded and included randomization to a gastroprotectant drug versus either a control or another gastroprotectant. A review of eligible trials revealed three main clinical settings that were assessed: a prevention trial with an absence of an ulcer at baseline, a healing trial that includes patients having a non-bleeding ulcer at baseline, and acute upper gastrointestinal bleeding treatment trials which include patients having an active gastrointestinal bleed at baseline.

Gastroprotectant drugs reduced the odds of an ulcer

Gastroprotectant agents were also found to increase peptic ulcer disease healing, with proton pump inhibitors being the most effective, followed by H2RAs and finally prostaglandin analogues. When compared to H2RAs, proton pump inhibitors were also more effective in preventing further bleeding and the need for blood transfusions in those with active bleeding. The effects of the gastroprotectants were found to be similar regardless of NSAID use and there wasn’t one specific gastroprotectant drug found to be more effective than any other of the same class.

The study was strengthened by its ability to obtain an accurate estimate of the effects from the large number of events obtained from the large number of trials included. This also allowed for a diversity of inclusion criteria, which translates to the applicability of the findings to a broad range of patients at risk for peptic ulcer disease. However, the study is limited by the lack of large trials that recorded complications, as these trials were all short term and only recorded a small number of bleeding complications.

Additionally, the study couldn’t analyze the influence of H. pylori or other antithrombotic drugs on the effectiveness of gastroprotectants in peptic ulcer disease. Finally, there are concerns regarding long-term safety with the use of these drugs, as proton pump inhibitors have been linked to an increased risk of heart attacks, bone fractures, dementia, and chronic kidney disease. However, the results of an ongoing sub-study of the COMPASS trial will hopefully provide more information on the long-term safety of proton pump inhibitors, and allow for a more accurate assessment of its magnitude of benefit.

Overall, the meta-analysis concludes that gastroprotectant drugs are effective in peptic ulcer disease prevention and treatment in a large range of different clinical scenarios, with proton pump inhibitors appearing to be the most effective drug class.