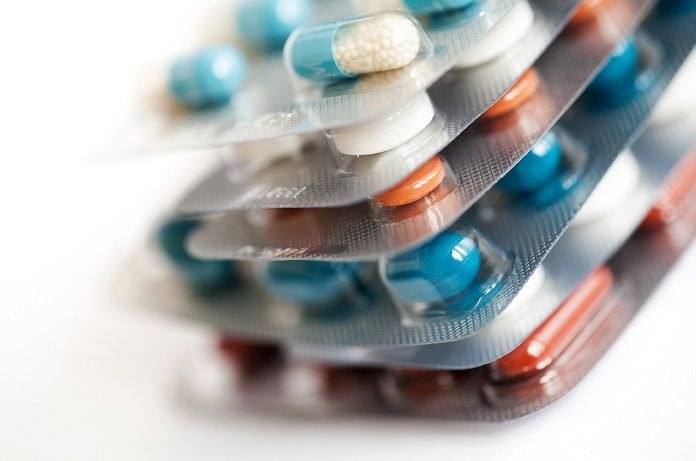 Though hormone receptor (HR)-positive tumours are the most common type of breast cancer, their diverse makeup can make conventional HR-targeting therapies insufficient. Certain mutations in the PIK3CA gene –responsible for over-activation of the cellular pathway PI3K, implicated in cell growth, division, and survival – have been associated with cancer progression and resistance to HR therapies. As such, co-administration of HR-targeting drugs, such as fulvestrant, and PI3K-targeting drugs, such as buparlisib, has been proposed to improve treatment in patients for whom HR-targeting therapies alone have been ineffective.

Results of a clinical trial published in Lancet Oncology describes the safety and efficacy of a combined buparlisib and fulvestrant regimen for the treatment of advanced aromatase inhibitor-resistant, hormone receptor-positive, HER2-negative breast cancer, and the utility of PI3K activity as an indicator of responsiveness to treatment. Postmenopausal women with worsening HR-positive, HER2-negative breast cancer for whom aromatase inhibitors were ineffective were recruited for the study. Those undergoing PI3K-targeting therapies, on immuno-suppressants or blood thinners, for whom the disease had metastasized to the brain or spinal cord, or who suffered from mental illness were excluded.PI3K status – active, inactive, or unknown – and PIK3CA genotype – mutant or non-mutant – were determined through analysis of existing tissue samples and of circulating tumor DNA (ctDNA) in current tumours.

Subjects were grouped based on PI3K activity and the presence or absence of metastases to major internal organs, and were randomly assigned to receive either fulvestrant and buparlisib or fulvestrant and a placebo. The regimens were administered over the course of 28-day cycles until April 29, 2015, remission, withdrawal from the trial, or patient death. Cycle 1 was split into an introductory phase, in which all patients received an intramuscular injection of 500mg of fulvestrant on day 1, and a randomization phase, in which patients received another dose of fulvestrant and daily oral 100mg doses of buparlisib or a placebo starting on day 15. In subsequent cycles, patients received 1 dose of fulvestrant on day 1 and buparlisib for the full 28 days. Disease progression was analyzed by CT or MRI at the beginning of the study, at 6 weeks, and every 8 weeks afterward. Blood samples were collected at the beginning of the study, on days 1 and 22 of cycles 1 and 2, and on day 1 of subsequent cycles.

Very high levels of alanine aminotransferase (indicative of liver damage), aspartate aminotransferase (indicative of heart or liver damage), and sugar in the blood were more common in the bulparlisib group than in the placebo group: 25% vs. 1%, 18% vs. 3%, and 15% vs. 0.18%, respectively. Rashes were present in 8% of buparlisib patients but no placebo patients. Mild and severe depression were reported for 22% and 5% of buparlisib patients, respectively, compared to 9% and 0.35% of placebo patients. Mild and severe anxiety was reported for 17% and 5% of bupasrlisib patients compared to 7% and 1% for placebo patients. Of the 12 deaths that occurred, none were ascribed to treatment.

Overall, the results suggest combined fulvestrant and buparlisib therapy improves progression-free survival in advanced HR-positive, HER2-negative breast cancer. Further, ctDNA screening for PIK3CA mutations may be useful in identifying patients likely to receive clinical benefit from PI3K-targeting therapies such as buparlisib. The majority of tissue samples were from archived sources, and as such the PI3K activity status observed may not fully reflect that of the tumours during the study. As buparlisib is a broad PI3K blocker, research into more selective PI3K blockers, which may produce fewer adverse effects than buparlisib, may be warranted.