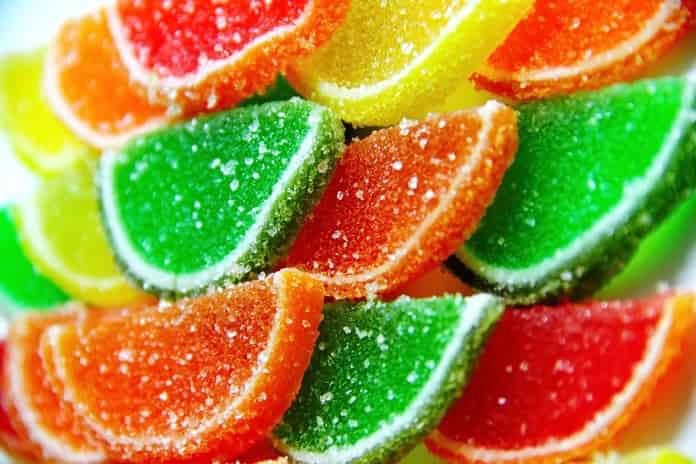 A recent study examined if the expression of genes involved in the adaptation to exercise training was affected by the consumption of high fructose corn syrup and sucrose.

Exercise training is known to reduce the risk of developing chronic disease and increase your lifespan. Importantly, physical activity is a better predictor of mortality than established cardiovascular risk factors such as high blood pressure, diabetes, smoking status, obesity, and high cholesterol levels.1 Physical activity improves health by increasing muscle metabolic efficiency and the cross-communication of the muscle with other tissues.

What is the Link Between Exercise Training and Fructose?

The consumption of foods such as sodas, canned fruit, candy, and sweetened yogurt that contain high fructose corn syrup and sucrose-containing foods has been linked to the rise in the incidence of obesity and diabetes. High amounts of fructose are known to induce high levels of very low-density lipoprotein (or VLDL, a bad form of cholesterol), non-esterified fatty acids, and glucose.

Impaired consumption of glucose by the skeletal muscles leads to insulin resistance, very high circulating insulin levels, and eventually the onset of a condition of a condition similar to metabolic syndrome. Additionally, a study conducted in rats found that fructose consumption can reduce the expression of GLUT4, a protein that transports glucose from the blood to the skeletal muscle and is involved in the adaptive response to physical activity.2 A new study attempted a more comprehensive analysis of the genes involved in muscle remodelling following physical activity whose expression could be affected by fructose consumption. The results of this study were published in Genes and Nutrition.3

The study was carried out in male rats who were divided into four groups: the sedentary control, exercising control, fructose consuming sedentary, and the fructose consuming and exercising groups. Each group was treated accordingly for eight weeks. The rats in the exercising groups were initially subjected to a treadmill test and trained at moderate intensity for eight weeks after which the treadmill test was repeated. At the end of eight weeks, the rats were euthanized and their blood samples and quadriceps muscle tissues were collected. The blood samples were used to determine the levels of insulin, triglyceride, and glucose, and the results were used to assess insulin resistance, insulin-producing cells available, and insulin sensitivity. The RNA isolated from the quadriceps muscle was used to quantitate the expression of 19 genes by the quantitative real-time polymerase chain reaction technique.

Fructose Consumption Reduced the Expression of Genes During Exercise Training

There were no significant effects of exercise or fructose consumption on serum insulin or glucose levels or on insulin sensitivity, insulin resistance, and available insulin-secreting cells. However, fructose ingestion significantly increased triglyceride levels. As for physical conditioning as assessed by the treadmill test, both the exercise only and the fructose with exercise groups demonstrated significant improvements after eight weeks of treadmill training. Fructose consumption reduced the expression of a number of genes in the quadriceps muscles in both the sedentary as well as the exercising group. The expression levels of the genes PGC-1α, FNDC5, NR4A3, GLUT4, Atg9, Lamp2, Ctsl, Murf-1, and MAFBx/Atrogin-1 in the muscle of both these groups. Additionally, the expression levels of Errα and Pparδ were reduced in exercised rats alone.

Overall, these results reveal that fructose consumption impairs the expression of genes that are important for mediating the muscle’s response to exercise training. These genes are involved in aerobic respiration and the oxidative metabolism of glucose, the growth and multiplication of the mitochondria (organelles that are key to energy production), and protein degradation pathways. Protein degradation pathways play a key role in removing damaged proteins in the muscle, muscle remodelling, and insulin sensitivity.

Notably, the impaired expression of the genes involved in aerobic respiration observed in this study is also observed in humans whose insulin sensitivity does not improve upon aerobic exercise training4, suggesting a link between oxidative muscle tissue and the development of insulin resistance. In the light of these findings, the authors recommend further studies to delineate the association between diet, exercise, and cardiovascular disease development.