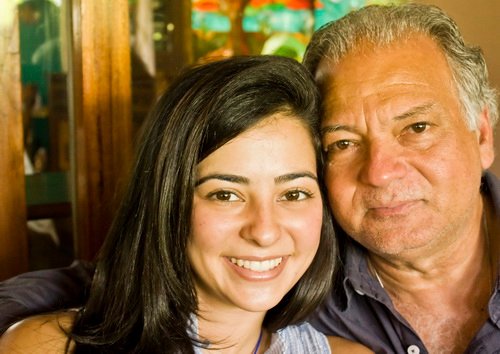 Read about a personal experience in a clinical oncology trial.

Kevin Yu never drank or smoked, and thought that he was a relatively healthy 60-year-old. Things changed in early 2010 when this father of two noticed that something was wrong.

“In March of 2011, I had stomach pain intermittently for about a month. In early April, I realized I hadn’t had any bowel movements for a week and that I had lost 25 lbs. I was admitted to Sunnybrook Hospital and they discovered that I had a total blockage between my small intestine and colon due to a newly discovered tumour. That day, I was diagnosed with stage IV colon cancer which had spread to other organs.”

Kevin underwent emergency surgery and started chemotherapy in June 2011. He recalls that after his diagnosis his family encouraged him to quit his job as a driver and take an early retirement in order to rest and take time for the important things.

“My family has been very supportive throughout, so I was never too worried. I actually enjoy the retired lifestyle with family care; I rested a lot,” he shares.

Despite his hopefulness, Kevin received news that would challenge any optimist: after 18 cycles of chemotherapy, the cancer cells had grown and the therapy no longer appeared to be effective. It was at this point that the oncologist advised Kevin to consider participating in a clinical trial that was testing a new treatment option for patients like him.

Coincidentally, Kevin’s daughter, Rosy, started a position as a Clinical Research Nurse at a pain clinic not long before, and was gaining new insight into this developing aspect of medicine.

“I was never particularly interested in research or clinical trials, but when the opportunity came, I didn’t want to decline a new chance to learn, so I began exploring clinical research studies and trials. I believe everything happens for a reason, and with months of experience as a Clinical Research Nurse, I was able to acknowledge and understand the procedures of a clinical trial and be able to effectively teach my father and family what it entails. My perception has changed dramatically; I came to the realization that clinical trials offer patients and families hope and a second chance to fight whatever condition they are fighting against.”

Rosy’s detour in her professional career sparked a spirit of advocacy for clinical research, and she now not only cares for patients on an outpatient basis, but also helps spread the word about the importance of innovation in treatment.

“I am now very supportive of clinical trials after learning that it is a mandatory and crucial step in the development of new medications, especially for those who are not benefiting from their current treatments. Without clinical research studies, there will never be new and improved medications and we would have never come as far as we have in terms of medical advancements.”

After careful consideration and discussion with his family, Kevin decided to give the trial a try, and he is glad he did.

“It turns out that the trial medicine worked really well on me. The side effects are minimal. I didn’t experience any nausea like I did with the previous chemo drug and my body hair began to reappear.”

Despite the positive results experienced by her family, Rosy advises that the decision to partake in a clinical trial is not one that can be made overnight.

“Ask yourself: are you happy with your current treatment? Is it working/doing what it should be doing? Read the informed consent carefully and take as much time as you need (because the informed consent is made to describe every purpose, intent and test that it involves) before you decide whether it is a study for you. Don’t be afraid to ask your study doctor questions and always remember that you have the right to withdraw from the study at any point in time after you sign the consent form.”

Kevin and his family continue to hope for the best and spend valuable time together. 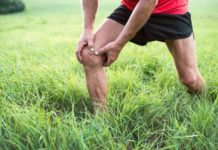 How Effective is Rituximab in Treating Rheumatic Diseases?

My Experience as a Participant in a Clinical Trial