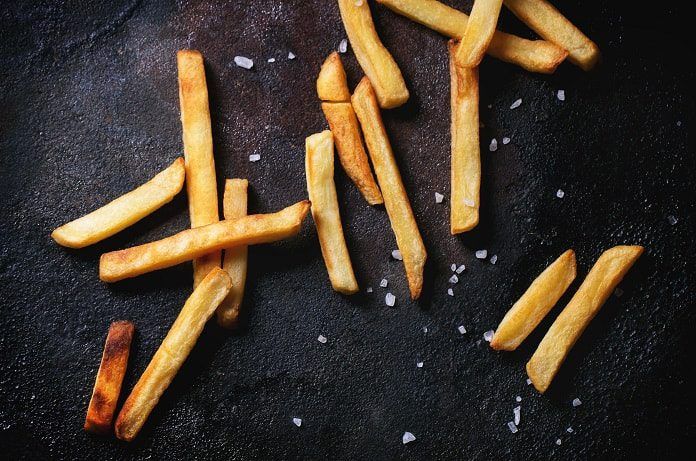 Potatoes, a staple in many diets, are a source of micronutrients but their starch content puts them high on the glycemic index, a factor which has been associated with obesity, diabetes and heart disease. Researchers investigated whether consumption of potatoes was associated with an increased risk of premature death in older North American adults and found that fried potato consumption is linked to premature death.

Potatoes have long been a staple in Western diets. They are a source of micronutrients associated with decreased risks of morbidity and mortality. Due to considerable starch content they have a high glycemic-index, but their energy density is low due to their high water content. Foods with a high glycemic index have typically been associated with an increased risk of developing conditions like obesity, diabetes and cardiovascular disease. This risk is compounded by the high consumption rates of processed potato products, like French fried potatoes and chips, in North America. Veronese and colleagues investigated whether potato consumption (fried or unfried) is associated with an increased risk of premature death in a cohort of older North American adults. The results were published in the American Journal of Clinical Nutrition.

Researchers obtained study data from the Osteoarthritis Initiative (OAI) database, which includes patients recruited from four clinical centers in the US. Participants eligible for the OIA, 1) had osteoarthritis of the knee and reported having knee pain in a 30-day period in the past year or 2) were at high risk of developing knee osteoarthritis, due to other underlying conditions or predisposing factors (i.e. obesity or overweight, knee injury or operation, etc). The OIA data set initially consisted of a total of 4796 North American participants aged 45-79 years, of which 396 were excluded due to insufficient information on potato consumption or implausible calorie intakes. The study had an eight-year follow-up period. Researchers obtained information on potato consumption using the Block Brief 2000 food-frequency questionnaire which was designed to assess the food and beverage consumption of the individual over the past year. It also includes questions on the frequency of food consumption and behavioural questions focusing on methods of food preparation and fat intake. There were two specific questions on potato consumption; the first focused on the consumption of French fries, fried potatoes or hash browns, while the second asked about the consumption of white, unfried potatoes (broiled, baked, mashed, and potato salad). Potato consumption was then categorized into five groups: 1) 1 time or less/month, 2) 2-3 times/month, 3) 1 time/week, 4) 2 times/week and 5) 3 or more times/week.

Veronese and colleagues found no link between white potato consumption and mortality. The study also shed light on some interesting findings; a large majority of OAI participants consumed potatoes 2-3 times or more per month, and one-third of OAI participants consumed potatoes 3 or more times per week. They also identified a link between higher potato intake and other potential mortality risk factors like being male, high frequency of co-morbidities, higher BMI and less adherence to a Mediterranean-style diet. Most significantly, consumption of fried potatoes (i.e. French fried potatoes) was highly linked to an increased chance of death among the study participants; the risk of death more than doubled.

The researchers identified several study; the main one being that they were unable to determine cause-specific mortality. Second, they were not able to assess what influence biohumoral markers, like inflammation or insulin resistance, had on the association between potato consumption and death. The third limitation relates to the potential bias of self-reported medical information. Similarly, nutritional intake data could have been subject to bias from selective or inaccurate recall. Lastly, the researchers did not account for changes in dietary habits which may have occurred between baseline and follow-up. Given that potato consumption is so high in North America, it is good to know that in general it won’t bring about premature death; however, the fact that consumption of fried potatoes might increase the risk of mortality is concerning. Future studies are needed to determine whether the consumption of fried potatoes has effects on specific factors (i.e. BMI, insulin resistance) that might contribute to this elevated risk.