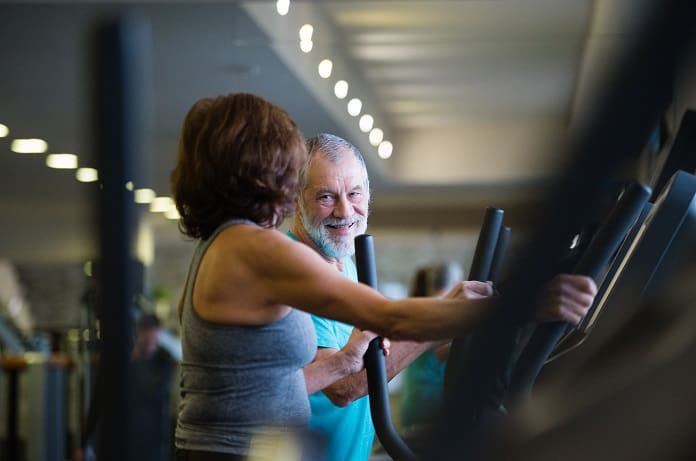 A 2017 study published in the International Journal of Behavioural Nutrition investigated whether a link between sports club memberships and changes in frailty exists and whether exercise levels could explain that relationship.

Frailty is defined as a condition that involves the gradual decline of cognitive and physical functions, as well as a decline in one’s ability to successfully manage stressors in life. This condition is of concern with regards to older adults because research has demonstrated that frailty is a strong predictor of future disability, falls, hospital admissions, and mortality; this is vital information as these poor health outcomes go on to harm their quality of life, health, and the care systems they depend on. The issue of frailty among older adult populations has garnered global attention because life expectancies are rising worldwide and so are the corresponding problems surrounding the prevention of chronic illness in older adults.

It has been recommended that older adults engage in moderate or strenuous exercise for 150 minutes per week in addition to strength exercises for two muscle groups on a minimum of two days. One report found that only 42% of women and 51% of men met these exercise recommendations in 2012. There is not much known about whether infrastructure put in place to assist older adults in improving exercise and sport participation rates actually affects the probability of older adults meeting physical activity guidelines.

To address this research question, the authors used existing self-reported survey data from the English Longitudinal Study of Ageing (ELSA) that involves participants over the age of 50. The ELSA study involved the collection of data in 7 waves, data collection took place every two years; data on health, behavioral, socioeconomic, and demographic factors were collected. It turns out that higher scores on the frailty measurement scale used were recorded among women and frailty scores increased as the participant’s age increased. Moreover, the researchers found that lower frailty scores were associated with being white, not smoking, and having higher levels of education and financial resources. They discovered that the factor physical activity explained the strong relationship observed between sports club memberships and reduced frailty.

This study provides evidence that membership to sports clubs such as exercise classes or gyms could be a potentially useful resource in preventing various poor health outcomes associated with frailty through improving exercise rates. One of this study’s major strengths included its large representative sample of older English adults, thus improving how generalizable the findings are to other older adult populations. However, researchers have noted that older adults tend to overreport their exercise rates in comparison to younger cohorts; this is an issue as the data used in this study were self-reported. Future studies on this topic need to be experimental in nature and incorporate more objective (measured, not self-reported) data regarding exercise levels and obtain detailed data about the type of sports club memberships older adults have.