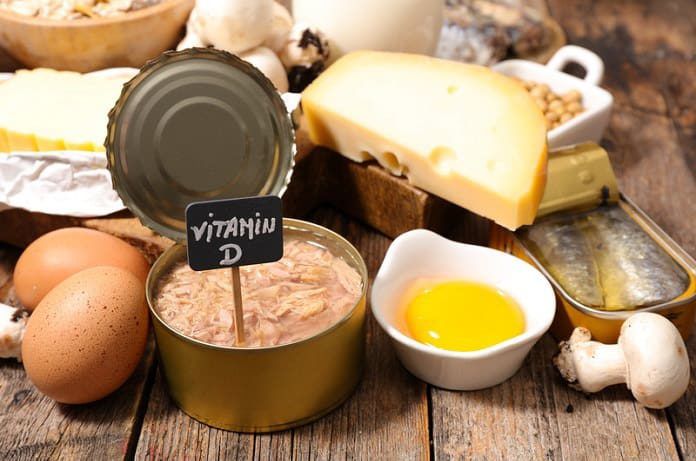 Vitamin D fortification of milk and fatty spreads began in Finland in 2003. A recent study showed that this has considerably improved Vitamin D levels in the population.

Sometimes called “The Sunshine Vitamin”, Vitamin D is made in the skin upon exposure to sunlight. It is also found in some foods such as fish, eggs and cheese. Vitamin D is important for the development of healthy bones as it is involved in the absorption of calcium. Deficiency of vitamin D can lead to bone diseases such as “rickets”, where bones become soft and misshapen. Vitamin D deficiency has also been linked to several other illnesses including diabetes, hypertension and dementia, although the reasons behind this are not yet clear.

People can become deficient in Vitamin D for several reasons. If they do not have enough exposure to sunlight (e.g. living in a country with limited sunshine or not exposing their skin), have a darkly pigmented skin, or have a diet which does not include Vitamin D containing foods. In some countries where deficiency is a public health concern, they have introduced a policy of fortifying certain foods with Vitamin D – usually milk, fat spreads, orange juice and cereals – in an effort to combat the problem. Following several population studies in the early 2000s in Finland indicating low Vitamin D levels, the Finnish National Nutrition Council introduced a policy of systematic voluntary fortification of certain foods including fluid milk productions and fat spreads. A study examining the effects of this policy was published recently in the American Journal of Clinical Nutrition.

A nationwide health survey in Finland in 2000-2001 (Health2000) included questionnaires, interviews and a comprehensive medical examination. Participants were invited to be included in a similar survey in 2011-2012 (Health2011). The researchers reviewed and compared the dietary questionnaires and blood Vitamin D levels in these two groups.

Between Health2000 and Health2011 the average vitamin D level had increased significantly from 48 nmol/L to 65 nmol/L (levels over 50nmol/L are considered normal). During this time the number of people using vitamin D supplements had increased from 11% to 41%. In order to analyze the effect of fortification of fluid milk products alone, the researchers focused on the subgroup of people who had not used Vitamin D supplements. In daily fluid milk consumers who were not supplement users, the average increase in vitamin D was 20 nmol/L. This was 6 nmol/L higher than people who did not drink milk or take supplements. In the Health2011 survey, 91% of people who did not take Vitamin D supplements, but consumed fluid milk products, fat spreads and fish according to the Finnish nutrition recommendations had normal Vitamin D concentrations of >50 nmol/L.

The researchers concluded that the vitamin D status of the adult Finnish population has improved considerably between 2000 and 2011. The increase is mainly explained by food fortification, especially fluid milk products. It has also been helped by increased Vitamin D supplement use. Among people who consume vitamin D containing food based on the recommended nutrition advice, vitamin D levels are in the normal range and they do not usually need to take supplements.