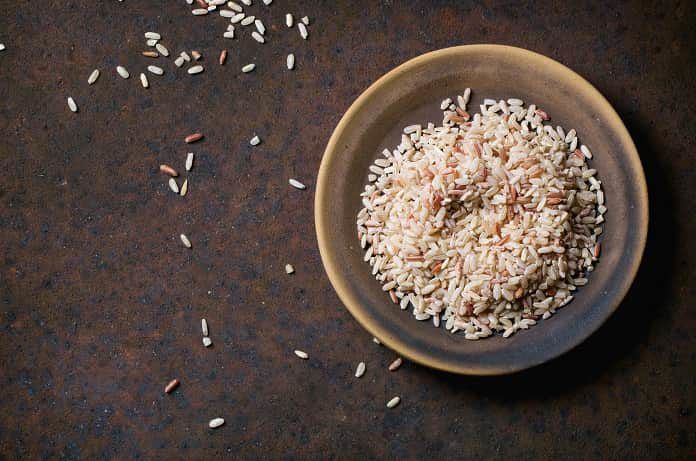 Fortified rice is one method used to address nutrient deficiencies. A group of researchers determine which method of fortifying rice is the most effective in supplementing iron stores needed by our body.

Iron deficiency anemia is one of the most common conditions experienced by women due to menstrual cycles. As a result, some food items such as rice are being fortified with iron to supplement and replenish iron stores.

There are currently two techniques for fortifying rice: the coating technique and the extrusion technique. In the coating technique, an iron-fortified waxy coating is applied to the outside of the rice kernel. The extrusion technique generates artificial rice kernels by forcing moistened fortified rice flour through a restricted opening, forming a rice kernel shape. This can be done hot, or cold, and studies have yet to determine which provides the highest levels of bioavailability (the amount of iron in the food that can be absorbed and used by the body).

In a recent article published in the Journal of Nutrition this 2017, a group of researchers from Zurich, Switzerland did two studies to determine which method used to fortify rice influences iron bioavailability. Women who were between 18 and 40 years old participated in both studies.

Overall, the results of the study show that although fortified rice via cold extrusion method has the highest iron levels, it is also associated with a high iron loss and lower mineral retention when cooking.  This study demonstrates that both coating and extrusion are viable methods of fortifying rice. Each method of fortifying rice has its advantages and disadvantages, and preparers of fortified rice should keep the results of this study in mind when adjusting the amounts of iron being included in their products.

Reference: H.L., et al. (2017). Cold extrusion but not coating affects iron bioavailability from fortified rice in young women and is associated with modifications in starch microstructure and mineral retention during cooking. The Journal of Nutrition. doi: 10.3945/jn.117.259085.