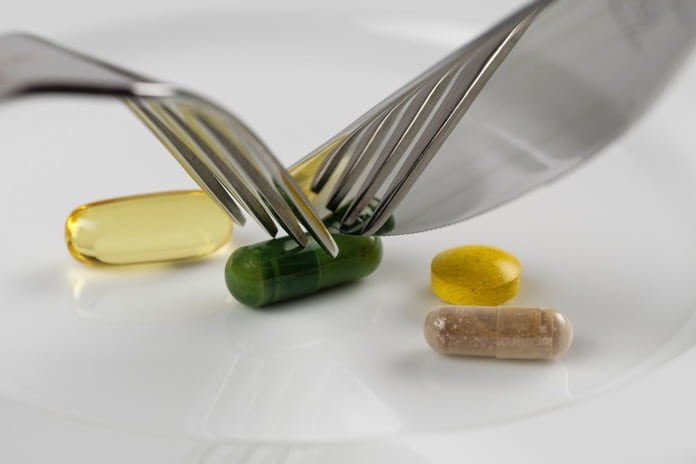 In a new study published in PLoS ONE, researchers investigate the habits and beliefs regarding food supplements among students in Italy.

Food supplements are defined as “concentrated sources of nutrients or other substances with a nutritional or physiological effect whose purpose is to supplement a normal diet” by the European Food Safety Authority (EFSA). A research group in Italy has recently published a study in the PLOS ONE journal where they investigate what motivates high school and university students to use supplements, and how well they understand why they are taking them1.

How Do Students Use Food Supplements?

In all, 770 students completed this questionnaire. Of these students, 25.3% were in high school and 74.7% were in university. Four percent of the respondents reported no knowledge of food supplements. Of the rest, 37.4% were using food supplements or had used them in the past.

Most students had been recommended food supplements by a medical doctor (50%), or a sports coach (16%), however, a variety of other sources (including friends, internet media, pharmacists, and parents) were also noted as influences. While the majority of students (88.2%) did not experience adverse effects with supplement use, gastrointestinal problems were the primary complaints.

Another interesting finding was that while nonusers considered improved sports performance as the primary driver for use, supplement users often stated enhanced mental performance and well-being as their reason for use.  However, nutrient intake was not an important factor to either group. Furthermore, students engaging in studies related to medicine or health studies did put as much value on the value of food supplements, or in their ability to combat cancer or other chronic diseases.

A Lack of Oversight for Food Supplements

This study highlights that there is a trend of food supplementation among the younger generation and that this trend increases with age as a result of various outside influences. Although 50% of food supplement users were advised by medical doctors, other studies have noted that amongst adults nationally this number is far lower, with media advertising having a powerful influence on consumers. While adverse effects from food supplementation were infrequent, studies have shown they are rarely reported to the pharmacovigilance authorities2.

It is interesting to note that the primary reason for supplement use was to enhance physical and mental performance and well-being, and was not related to the EFSA definition of food supplements for filling nutrient gaps. In fact, even among those taking supplements for well-being, no specific dietary deficiency existed.

While this study was very interesting, it is somewhat limited in its broader applicability due to the narrow range of its respondents. However, this weakness could also be considered an important strength as this study makes it clear that food supplements are being widely used by many students with little education or oversight in their use. Going forward, it will be very important to target these groups, as well as their primary influencers (medical doctors and coaches), to ensure that greater awareness exists for whether food supplements are needed, and specifically what individuals might truly benefit from.