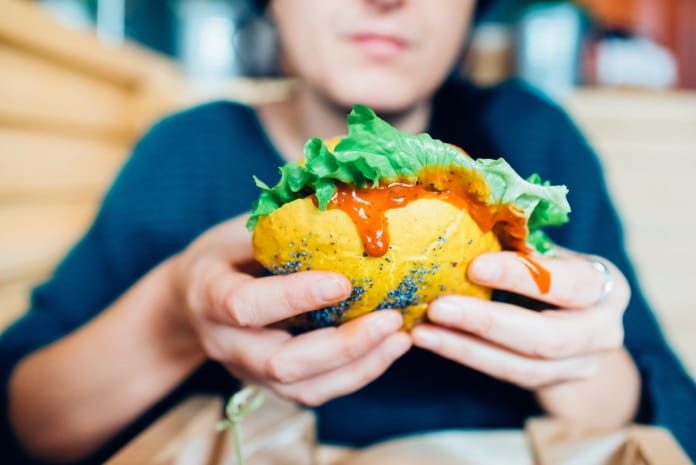 In a study published in the International Journal of Eating Disorders, researchers examined the capacity of food insecurity to increase the likelihood of binge eating disorder.

Food security is known as the capacity to afford foods that provide the nutritional value for a healthy life. Food insecurity, which is the inability to afford or acquire nutritious food, is a prominent issue that impacts an estimated 15.6 million American households. This issue has could lead to a host of lifestyle diseases stemmed from an unhealthy diet.

Food insecurity is a paradoxical issue. The lack of financial resources often leads to an increased risk of obesity. This phenomenon can be explained by the shelf-life of foods.  Preserved foods that are typically poor in nutrients happen to be cheaper, thus leading to unintended weight gain among populations who rely on these resources for the bulk of their food.

What is binge eating disorder and how is it diagnosed?

Binge eating disorder is characterized by the DSM5 diagnostic manual as a condition in which one experiences recurrent episodes of overeating accompanied with a perceived inability to control their dietary behaviours.

Binge eating disorder is a spectrum. Some individuals starve themselves while others induce vomiting in order to compensate with the guilt they feel after undergoing a cycle of overeating, while some individuals take neither of these measures. The fact that starvation plays a role in the diagnosis of binge eating disorder suggested a question for researchers: what if someone is unintentionally starving themselves due to a lack of financial resources? This is something researchers thought was worth exploring.

The relationship between binge eating disorder and food insecurity

For decades, researchers have been fascinated with how food insecurity shapes the eating behaviour of households. One of the many hypotheses that have gained recognition is the “food stamp cycle” hypothesis. This hypothesis suggests that binge eating disorders may be a high risk for individuals who lack food security, specifically, at the beginning of the month when food is abundant.

As resources diminish throughout the month, people who lack food security are said to have no choice but to starve themselves to ration for the remainder of the month. This is an example of how one may fall under the diagnostic criteria of having a binge eating disorder due to their food insecurity impacting their lifestyle.

In a study published in the International Journal of Eating Disorders, researchers examined the capacity of food insecurity to increase the likelihood of binge eating disorder. They randomly selected 1,250 people through an online survey tool and asked them a variety of questions about their body measurements, household income and their feelings towards their own food security and eating habits. The survey inquired whether they have ever experienced the inability to buy food that they perceived to be essential to their health. The questions also examined their psychological relationship with food and their experiences with binge eating.

Out of the 1,251 survey respondents, 455 were classified as obese, 710 were classified as having a healthy weight and 85 individuals meet the criteria for binge eating disorder. 12.5% of participants or 156 people reported feeling like they could not afford a balanced meal. Overall, a staggering 33.7% of people who participated in the survey met the criteria for food insecurity.

This study was particularly interesting because it shed light on how we need to look at eating disorders from a wider perspective. This study talked about individuals who may not have any issues with their body image, yet they were still subjected to the maladies associated with an eating disorder.

There are a variety of social factors that determine someone’s ability to live a healthy life. By increasing access to healthy foods and the frequency of access to these foods, perhaps communities can use their knowledge from the food stamp cycle hypothesis to decrease the number of eating disorders associated with food insecurity.